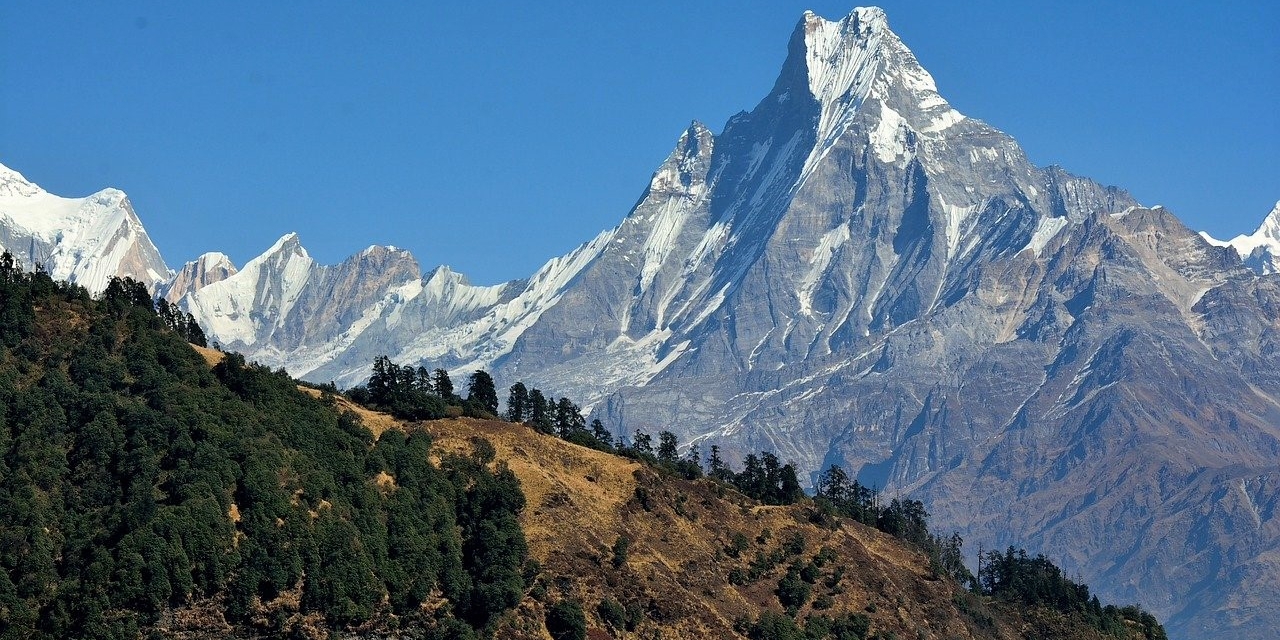 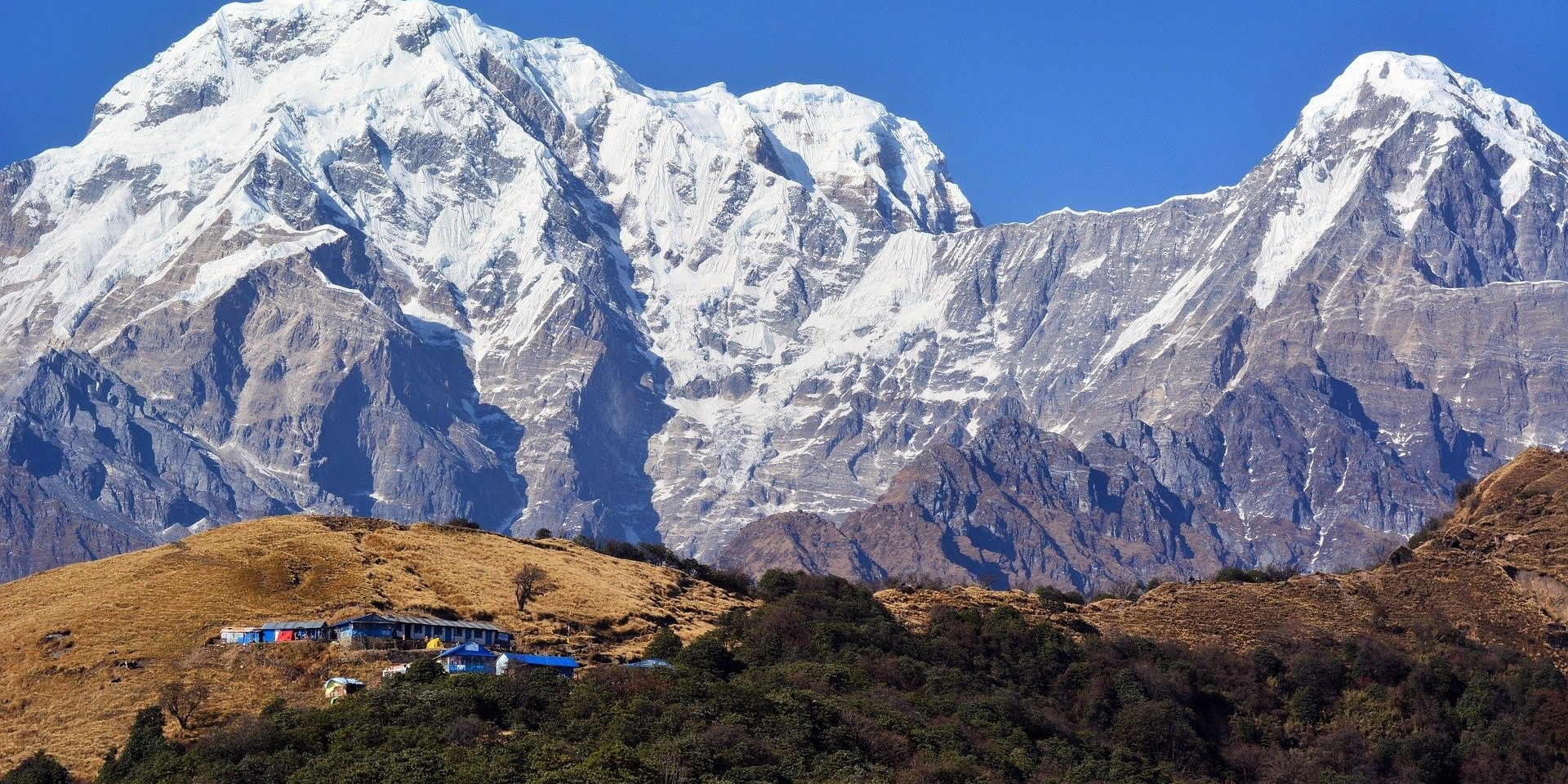 Mardi Himal Base Camp Trek, an adventure that leads to hidden pockets of southern Annapurna Himalaya, is located at 4,500 m high. Mardi Himal is a small peak which is at the height of 5,587 m and 18, 325 feet. Located on the southern flank of Machhapuchare Himal the Fish Tail peak, adventure to Mardi Himal base camp an enjoyable walk. Mardi Himal, in earlier days regarded as one of many high rocky ledges of majestic Machhapuchare Himal. But later earlier explorers found it as a separate individual peak, where the trek to its base camp with few options.
The popular and shortest route walking from the southwest of Pritam Deurali, which is on the main trekking path. Mardi Himal Base Camp Trek with Hiker Himalaya follows a high ridge covered in dense rhododendron, oaks, and pine forest. An adventure that takes you far from main villages and popular trekking trails, where trek leads on a hidden mountain path. From the start to the end of the walks facing constant views of Annapurna Himalayan peaks and dramatic scenery. Mardi Himal Base Camp Trek, with several choices and alternative ways to reach the high destination.
Where all treks begin from lovely Pokhara, a renowned and second-largest tourist city, blessed with natural beauty. Mardi Himal can be seen from Pokhara valley on a clear fine day, closely attached to Machhapuchare Himal. The adventure starts taking a short drive, after an overnight in Pokhara by its serene Phewa Lake to reach the foothills. Where our walk commences with a climb to a ridgeline, facing a panorama of Annapurna Himalaya's wide range of peaks. The views include Manaslu and Lamjung Himal with Machhapuchare Himal that towers and dominates the skyline.
The walk leads through the nice mountain villages of Potana and Deurali, located on a scenic top of a hill. A small settlement with few lodges and shops is also a route to other popular destinations around the southern Annapurna Himalaya range. From Pritam Deurali, our route diverts heading straight north towards Mardi Himal's south base camp, one leaving the main trail. Trek follows on a forested path, in early days till present a summer grazing area for cattle of the villagers.
The adventure continues spending overnights in a small simple lodge of Forest Camp and Low Camp to reach High Camp. The last temporary settlement with few lodges to accommodate trekkers, as well the main entrance to Mardi Himal base camp. Staying extra overnights in High Camp for a day hike to reach our awaited highlights on the foot of Mardi Himal. High Camp is perched on a high ridge, where tree lines give away for short alpine bush and shrubs.
As the hike progresses on gradual uphill then finally stand beneath a high rocky and snow peak of Mardi Himal. Enjoy the grand superb panorama of the Annapurna Himalaya Mountain range, with great contrast of green rolling high hills. A magnificent spot to experience on the highest point of the adventure, at the base of Mardi and Machhapuchare Himal. After glorious moments retracing the hike back to High Camp for onward journey to reach Pokhara. Take an alternative route downhill towards farm villages of Siding and Lawang and then at Pokhara, where our marvelous adventure on Mardi Himal base camp trek of 11 days completes.
Best time for Mardi Himal Base Camp Trek:
The best season is in springtime starting from March to May, days are longer and sunny till late afternoon times. Best for pleasant walks and views of mountains, cold in the morning and nighttime, around higher hills.
Around spring the hills are alive with wildflowers in bloom. Can expect snowfall and rains sometimes above 2,000 m high. The next best season is autumn from mid-September to November, where days are crystal clear, but shorter days with sunlight due to autumn seasons can be cold in the morning and nighttime.

1
You will be welcomed by our staff at the Tribhuvan international airport in Kathmandu. You will then be transferred to your respective hotels. After taking refreshments, you can head outside and enjoy the evening market of Thamel. Enjoy some Nepali meal and drinks at dinner and then join in for folk cultural dances.

2
This day has been set for sightseeing around the Kathmandu valley. The guide will brief you about Nepal’s unique geography and culture and will also suggest the checklist for packing your bags for the trek. After the preparation, you can head out for an excursion to the UNESCO world heritage sites situated in Kathmandu. If you love ancient history and architecture, then you can visit the courtyards of Kathmandu, Bhaktapur, and Lalitpur. If you are seeking some knowledge on the religion and heritage of Nepal, then you can visit Boudhanath, Swayambhunath, or Pashupatinath temples. Return to your hotel, and enjoy some Nepali food.

3
You will be leaving the Kathmandu valley and heading towards Pokhara. You can either take a tourist bus to Pokhara or can take a flight. The drive takes around 5 to 6 hours but is filled with scenic views of the green hills and distant mountains. However, the flight takes approximately 30 minutes and offers a birds-eye view of the mountain range below. Upon reaching Pokhara, you can take some rest at your hotel and set out to enjoy boating at Phewa lake. The spectacular views of Macchapuchre and Mt. Annapurna are visible.

4
This is the day when you will begin your actual hike for the Mardi Himal Trek. After having breakfast, you take a private car and head to Phedi. The drive is mesmerizing since you will be offered naturally astounding views of hills, forests, and mountain ranges at a far distance. You will then head to Pothana as you hike towards Dhampus village. Stay overnight at a hotel in Pothana.

5
On this day, after having breakfast, you will take the trail that leads to the Forest Camp. The path is filled with a dense forest of birch, Giant Mountain oak, rhododendron, maple, daphnia, and hemlock. You will then take a climb towards a cloud-filled misty forest where you will be welcomed with beautiful mosses, lichen, orchids, and tree ferns. Due to the dampness and occasional sunshine, the trees are taller, denser, and larger around here. From here on, you will see the views of Mt. Machhapuchrey, Annapurna massif, and the Mardi Himal. You will finally reach the Rest Camp. Stay overnight at a lodge.

6
You will be getting closer to the Mardi Himal Base Camp with each passing day. On this day, you will head to the low Camp and then Badal Danda from the Rest Camp. O the way you will be passing through the lush green jungle with trees of Pines, oaks, and even spot rhododendron bushes. Annapurna’s southern ridge will be on full display on this day. You will head to the Badal Danda which in English means the hill of clouds so that you can expect mesmerizing scenery from high above. Stay overnight at a lodge in Badal Danda.

7
today, you will head to the High Camp which is a challenging walk. You will pass tree lines from where you will see the panoramic views of Annapurna and Hiunchuli. The trail will then take you to the Mardi Himal ridge where you will be offered pictures of lush rhododendron bushes. You will also get to see the national bird of Nepal, Danphe if you are very lucky.

8
On this day, you will begin your trek towards the Mardi View Point/Mardi Base Camp which is the highlight of the entire trek. Since you will have to reach the low camp at the end of the day, this day’s trek is known to be a little challenging than other days. The trail will slowly take you uphill to the Mardi Himal Base Camp where many of the trekkers take numerous photos. On a clear day, the view of the Mardi Himal is on full display along with other surrounding mountain ranges. The panoramic views of Mt. Macchapuchrey and Annapurna range are also seen clearly from the viewpoint. After getting the views imprinted in your mind, you will head towards the low camp at 2990. Upon reaching low camp, you can have some refreshments and take a rest.

9
After having breakfast, you will be leaving the low camp and heading towards Siding Village by following the Mardi Khola. Along the path, you will pass through lush green forest and crop fields with a few settlements nearby. After crossing a suspension bridge, you will walk down to the Siding village which is an authentic and traditional Nepali village. The locals are known to be very hardworking and rely mostly on agriculture for livelihood. After taking some rest at Siding Village and enjoying their lifestyle, you will then board on a bus and drive to Pokhara. In the evening, you will be greeted with delicious food and drinks at your respective hotel.

10
You will be heading back to the lovely Kathmandu valley on this day after having breakfast. You will board on a tourist bus that will take you through lush greens, distant mountains, and hills, passing large crop fields, and then to the city area of Kathmandu. In the evening, you can do some souvenir shopping at Thamel.

11
After the beautiful and adventurous Mardi Himal Trek, you will head back home to share your memories and adventurous time here in Nepal. You will be dropped off at the Tribhuvan International Airport. You can also make further plans to trek in the Annapurna, Everest, Langtang, and other diverse regions in this beautiful country of Nepal shortly.

In past decades it was unknown to many trekking companies and by trekkers, only a few groups of adventurers ventured the hidden corners of Annapurna Himalaya to Mardi Himal areas. However, at present gaining popularity slowly, with a moderate number of trekking visits each season of the year.

After Pokhara, the lodge accommodations are simple and basic with clean tidy rooms, with a warm environment where all rooms are mostly on sharing basis due to their remoteness with only a few lodges around. Where toilets and bathrooms will be common but serve hot and cold water for showers. Food variations are also limited, but one can enjoy Nepalese meals of Dal Bhat, Chapatti, and noodle fries or with soups.

From Pritam, Deurali lodges do have their own electricity running with solar power, where guest can charge their electronic appliances, on paying some fees for charging your gadgets.

March to May in spring is best when days are fine and sunny with wild-flowers like rhododendron of various species in blooming time, can be cold during morning and night time above 1,800 m high. The next good season is autumn starting from mid-September till November. Days are best for walks and clear views of the high snow mountains, but the short days with sun-light hours. Cold in the morning and in the late afternoon to night time. Could snow sometimes above 3,000 m high. 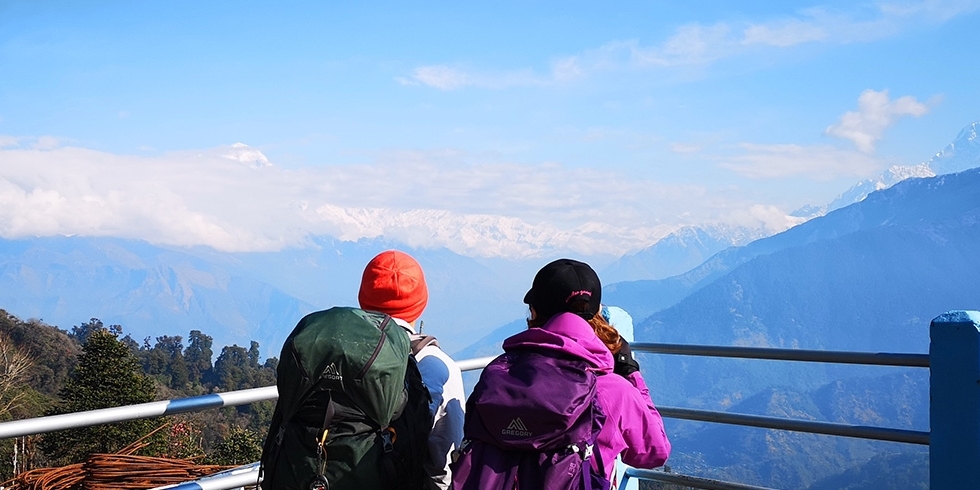 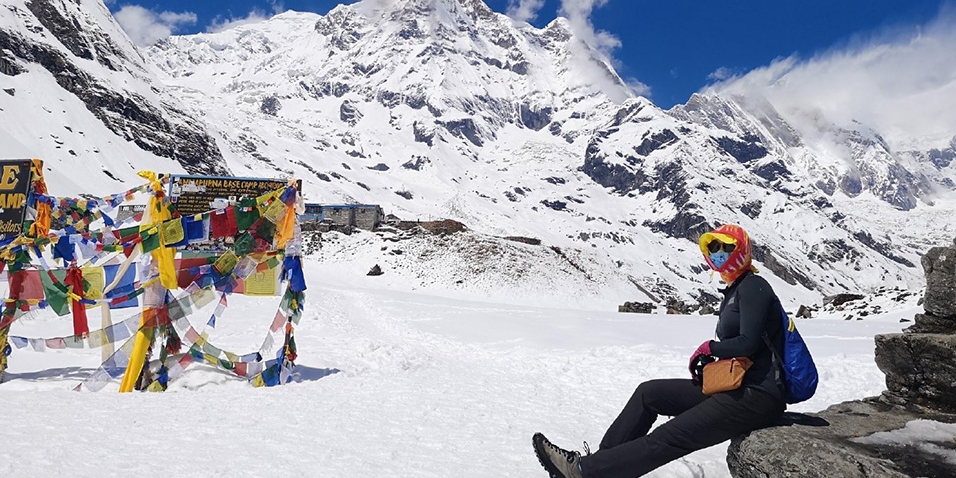 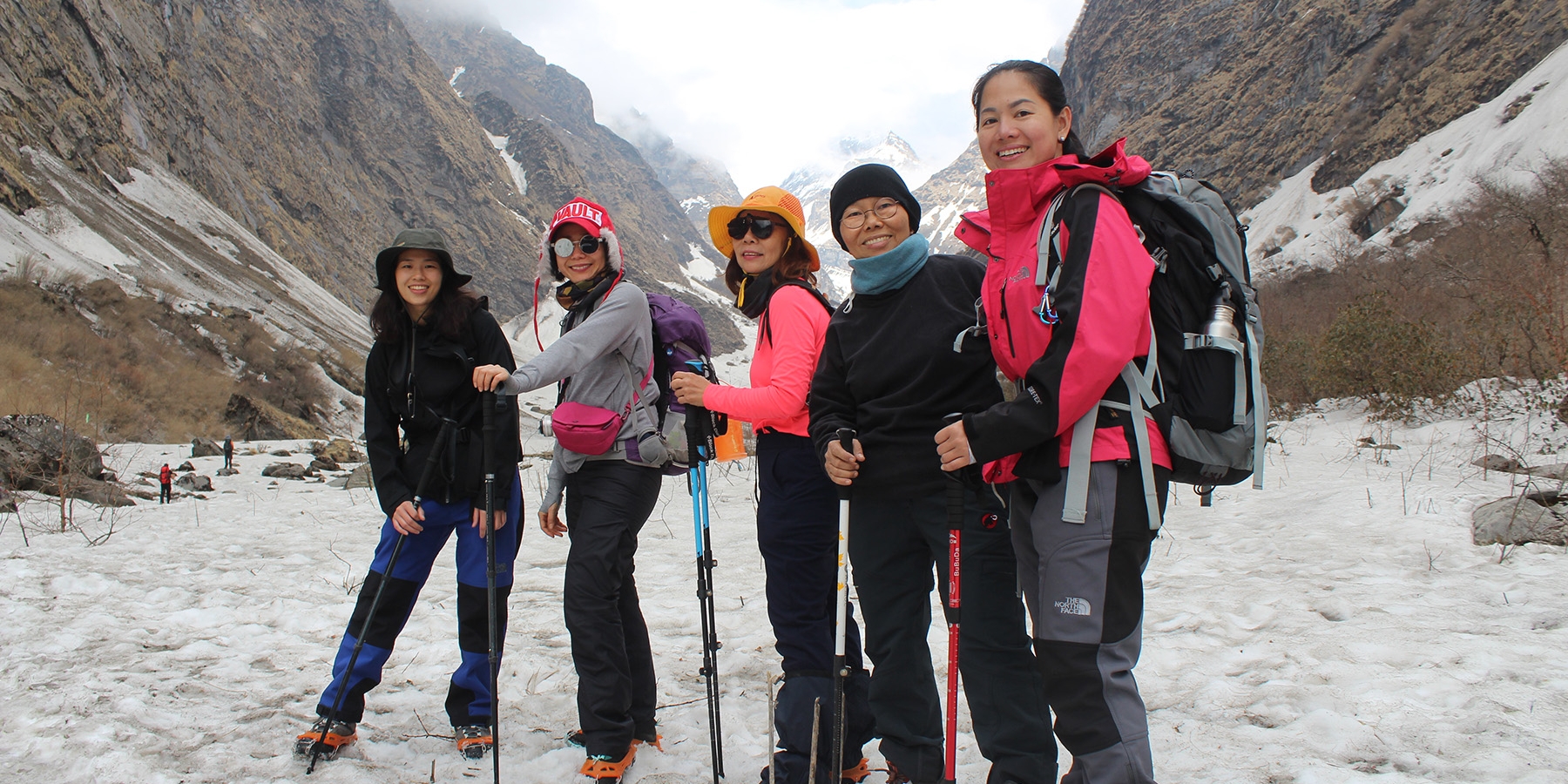 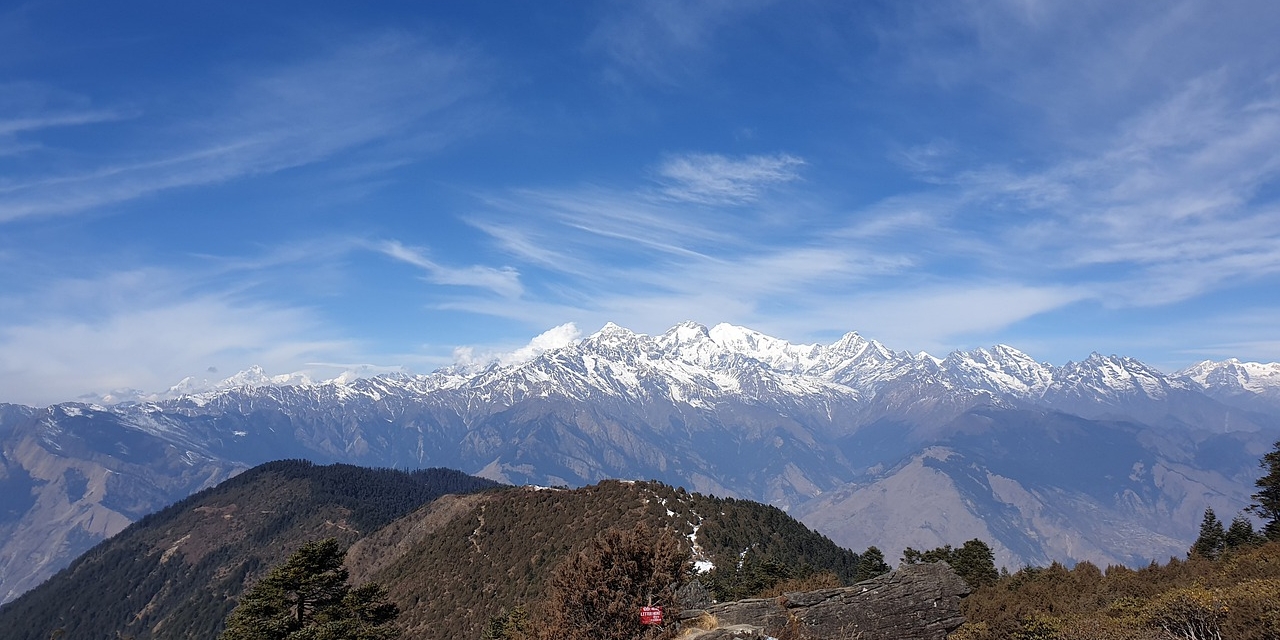