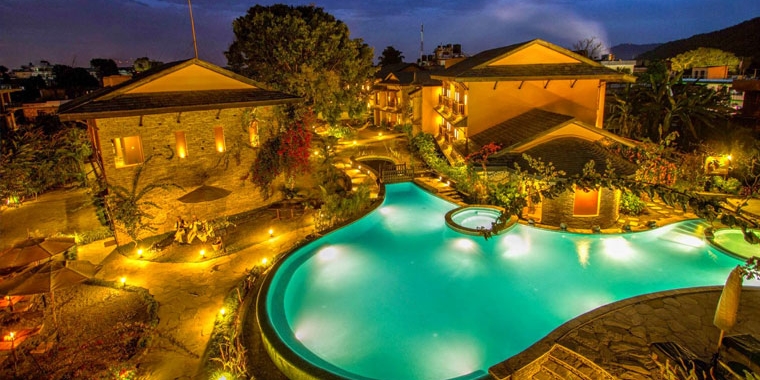 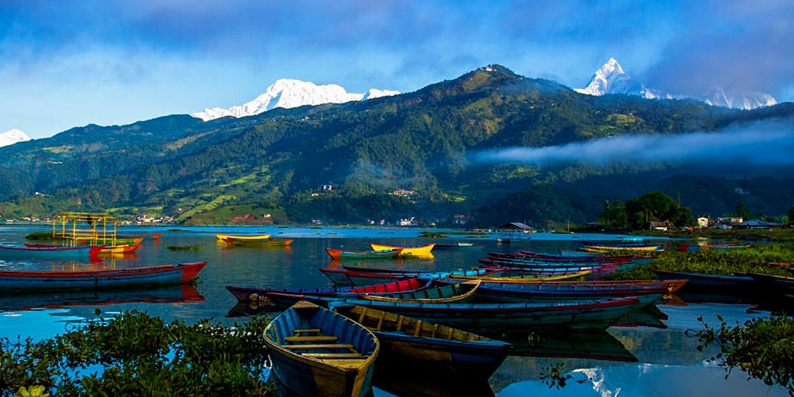 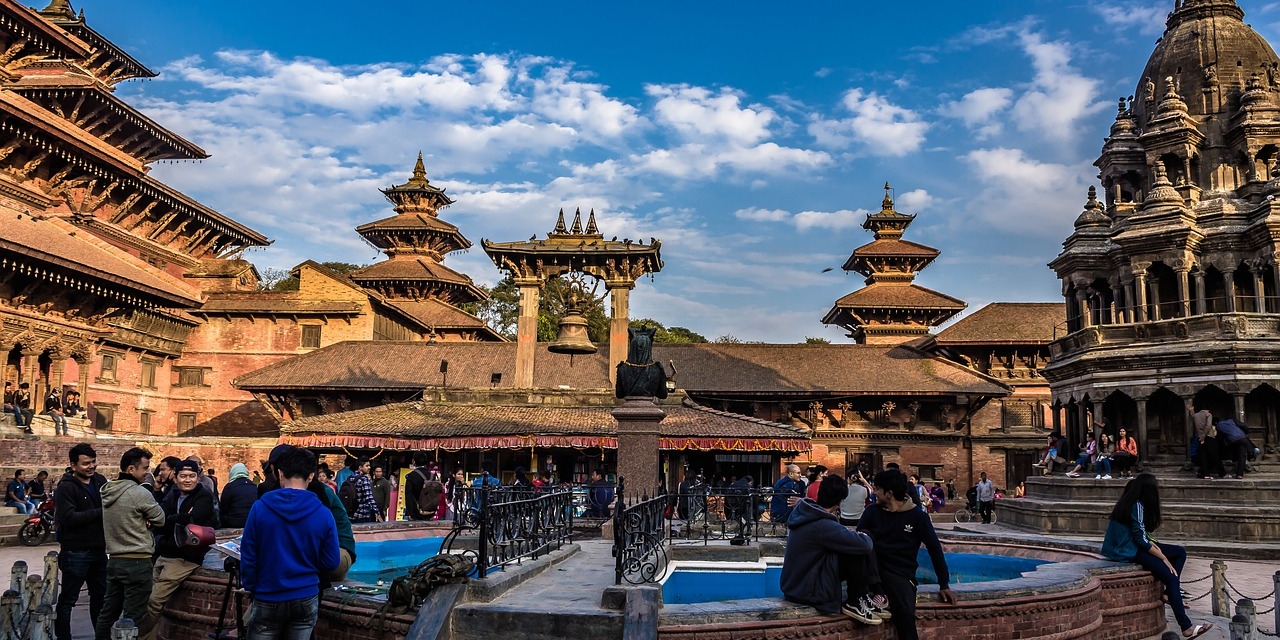 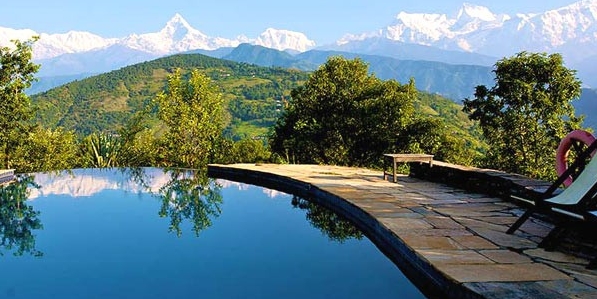 Honeymoon tour in Nepal, where young couples and elderly partners can enjoy delightful holidays in the shadow of the snow-mountain range. Nepal offers a wide range of exciting exotic destinations, in the close backdrop of high Himalayan peaks. Beautiful country landscapes of rolling green hills, and verdant valleys are all in the comfort of nice mountain lodges and resorts.
Best country to spend for Honeymoon as well as for an anniversary, where Hiker Himalaya has designed the right choice of holidays. Most honeymoon couples around the world take luxury cruises traveling from one beautiful place to another. But nothing can beat the experience of enjoying leisure vacations and honeymoon trips in and around the Himalayas.
Himalayan Honeymoon trips in Nepal, offer mesmerizing, enjoyable, and exciting places that you have never thought or dreamed of in your lifetime. More relaxing in a lovely mountain lodge, with short day walks to catch fresh mountain air facing views of snow mountains. Our Himalayan Honeymoon Trips package includes all the best places around Nepal from temples and monasteries to mountain views. Includes fabulous places to catch stunning sunrise and sunset views that reflect on high snow peaks, in the harmony of a friendly environment. Starts from exciting Kathmandu with a short tour to catch a glimpse of local cultures and visit interesting ancient places.
Most monuments are listed in World Heritage Sites and then head towards the high scenic hill of Nagarkot. Where you can enjoy the fresh mountain air and a spectacular panorama of the Himalayas in the comfort of nice mountain resorts.
Extends to exciting rafting trips, floating on glacial rivers enjoy the thrill of paddling through enjoyable bouncy waves and rapids. A drive takes you to scenic Pokhara city by the serene Phewa Lake, facing the massive Annapurna Himalaya Mountain range. In Pokhara visit various amazing places of natural wonders with a stunning sunrise over an array of peaks, with boating on Phewa Lake. After Pokhara, the tour continues heading towards the low flat country of Nepal around sub-tropical areas within the Terai belt at Chitwan National Park.
Listed in world heritage sites, as well known as the best national park in Asia for wildlife safari. Enjoy the fun in the dense deep jungles on elephant safari on the lookout for rare wild mammals. Like Royal Bengal Tiger, one-horned rhinoceros with many types of deer and other animals including hundreds of species of birdlife. All jungle safari with exciting activities in the comfort of luxury resorts, and then drive back to Kathmandu. After a most memorable adventure and experience on Himalayan Honeymoon Trips in Nepal.

On arrival at Kathmandu and Nepal International Airport received by Hike Himalaya guide and staff with a traditional welcome of garlands. Then a short drive to your hotel in the comfort of nice rooms for refreshing moments, after resting from jet-leg and walk to the hotel’s lobby.

Our guide will brief you on your Honey Moon Trips that include various exciting activities within Kathmandu valley and beyond. Acquiring full information of the trips in Nepal, evening nice dinner in an authentic Nepalese Restaurant, enjoy the lavish dinner with a cultural live show of Nepal.

The morning after leisure time for sumptuous breakfast, and then ready for a wonderful sightseeing tour at places of great cultural, the religious interest of ancient historical background. Tour takes you around the famous world heritage sites of Old Kathmandu Durbar Square's ancient palace and royal courtyard, with many beautiful artifacts of both religious and architectural wonders.

Visit the Swayambhunath Stupa a Buddhist monument that faces Kathmandu city and the valley below, the oldest stupa of more than 2, 500 years of history. Tour of Hindu temple Pashupatinath a religious hub of worship for all Hindu followers, and then end the tour by visiting an interesting large dome-shaped Bouddhanath with the all-seeing eyes of Buddha on top of large tiers of the stupa. After an exciting day, with time in the afternoon for individual activities and rest after an enjoyable tour of Kathmandu around places of interest.

Morning shows the day with an interesting short drive to reach the adjoining city of Kathmandu, at Patan or Lalitpur means a city of exclusive arts and crafts. Enjoy the lovely tour of the old Malla regime kingdom from past centuries till the 17th Century, an enjoyable place to observe local fascinating cultures along with historical and religious monuments of both Hindu and Buddhism religions. From Patan drive, east of the valley to reach the old-fashioned city of Bhaktapur takes you back behind the medical era.

Impressive work of arts and craftsmanship on pagoda-style temples and great royal courtyard, as well fascinating to watch the daily life of the locals full of lively cultures. After an exciting tour drive takes you high above Kathmandu valley and Bhaktapur city in tranquil surroundings at Nagarkot Hill Resorts, a scenic lovely place for honeymoon couples, where one catches views of snow peaks right from your bedroom windows. Enjoy short walks around the quaint town located within a green forest facing views of the central and eastern Himalayas.

4
Early morning catch the stunning sunrise views over a chain of peaks and have a hearty breakfast, the drive takes you beyond Kathmandu valley down to lower warm farm villages and town where Trisuli River flows from the glaciers of Langtang and Ganesh Himal. At the rafting put-in point meet the captain of the boat and then get ready for a cool splash, as you float downstream encountering exciting rapids and bouncy waves to end the day on a nice riverside resort.

5
Morning with leisure time and breakfast, then drive heading west on the main highway to reach scenic and beautiful Pokhara, a renowned tourist spot while in Nepal never to miss visiting lovely Pokhara. A city on the lap of high massive Annapurna Himalaya range with famous Machhapuchare Himal the Fish-Tail.Hotels are located by the Phewa Lakeside, a great place for a holiday within its scenic surroundings of green hills, lakes, and snow mountains.

Early morning short drive uphill to Sarangkot, a famous place for awesome sunrise views over an array of snow peaks range. This scenic spot is also famous for other sports activities like Para-Gliding, Zip Flyer, and a short hike within the beautiful backdrop of Annapurna Himalayas.

After a grand view of sunrise and enjoying the panorama of the snow mountain range, then head back to the hotel for breakfast, with a tour of Pokhara's natural wonders of the deep Seti River gorge, the wonderful waterfalls, and spend time in the heart of Pokhara and watch the hill people of western Nepal and their varied culture and custom.

The morning after a good breakfast an exciting drive to Chitwan around Nepal Mid-South around low flatland of sub-tropical temperatures, as drive, reach your hotels at Saura town. Located near the entrance of National Park premises, then check in a nice hotel, lodge, or resort.

After checking in a lovely room, then back to the garden for a briefing by the jungle guide and naturalist of the jungle programs, getting refreshed and rest. Start afternoon activity with a short walk to Tharu village, the indigenous tribe of Terai. Evening enjoys the dinner with an exciting Tharu cultural dance performance.

At the lodge and hotels, your jungle programs according to the time-table start early morning, before breakfast with various activities, such as follows morning Bird Watch Tour, Machan (Watch Tower) Tour, Jungle walks, nature walks, elephant and jeep safari with elephant briefing and bathing elephants include more with the entertainment of local Tharu cultural programs. Chitwan is famous for more than 43 species of mammals including the endangered and elusive "Royal Bengal Tiger".

The park is home to the one-horned Indian Rhinoceros, freshwater Gharial crocodile with many other common species such as gaur (Asian bison) wild elephants, four-horned antelopes, striped hyenas, pangolins, Gangetic dolphins, monitor lizards, and pythons. Other animals found in the park include sambars, chital (spotted deer) barking deer, sloth bears, palm civets, langurs, and rhesus monkeys. The park is also famous for over 450 species of birds. Among the endangered birds are the Bengal Florican, the Giant Hornbill, the Lesser Florican, the Black Stork, and White Stork.

Common birds in the park include Peacocks, Red Jungle fowl, and different species of Egrets, Herons, Kingfishers, Flycatchers, and Woodpeckers, the best time for bird watching is in March and December. Breakfast after short morning nature activities and lunch between safaris by 1 p.m. Then rest, late afternoon safari of few hours followed with dinner by 7-8 p.m.

9
Morning, options for nature walks and bird-watch tour having breakfast at Chitwan then drive to Kathmandu heading past many farm villages and the town of Chitwan areas and then follow Trisuli River for some time then winding up the hill to reach Kathmandu valley outskirt, and then back to your hotel, with afternoon free to enjoy personal activities.

10
On your last day in Nepal, as a time for your international flight our staff transfer, you to the airport for homeward bound, after an enjoyable adventure and great wonderful experience on Honeymoon Trips in Nepal.

Yes, Pokhara is located in a beautiful location it is worth spending more days than the above itinerary days, please inform us on booking and we will set the itinerary accordingly to your interest and holiday duration in Nepal. The above itinerary is just a guideline, which can be re-adjusted as per your request. While in Pokhara where one can enjoy Paragliding, Ultra-Light Flight, and Zip Flyer as a pony ride or enjoy mountain biking.

Every place on tour beyond Kathmandu has electricity with hydropower and some places with personal solar power where guest can charge their electronic gadgets like cell phones, laptops, etc.

Certainly around Kathmandu and beyond at Pokhara, Lumbini, and at Chitwan also, where you will find banks and facilities for ATM or other credit cards to draw only local currencies.

Best hotels, lodges, and resorts as per the package tour cost, from the budget, standard to deluxe 5 star comforts available. All hotels and lodges with 24 hours room services running hot/cold water for shower and bathing with all attached baths and toilets with balcony and lounge to relax. The meals are served according to the hotel/lodge set menu of the day besides Kathmandu and Pokhara. Breakfast area large selection as well for lunch and dinner to choose from continental, Chinese, Indian or Nepalese foods with buffet banquet in some of the big hotels on tour.

For Honeymoon couples on nice comfortable cars or Four Wheel Drive like land-cruiser or similar. The whole journey of yours where the car will be at your disposal, as well with the same guide and drivers to accompany you throughout your trip in Nepal from Kathmandu and beyond.

1 days
from
USD 85
Price starting from 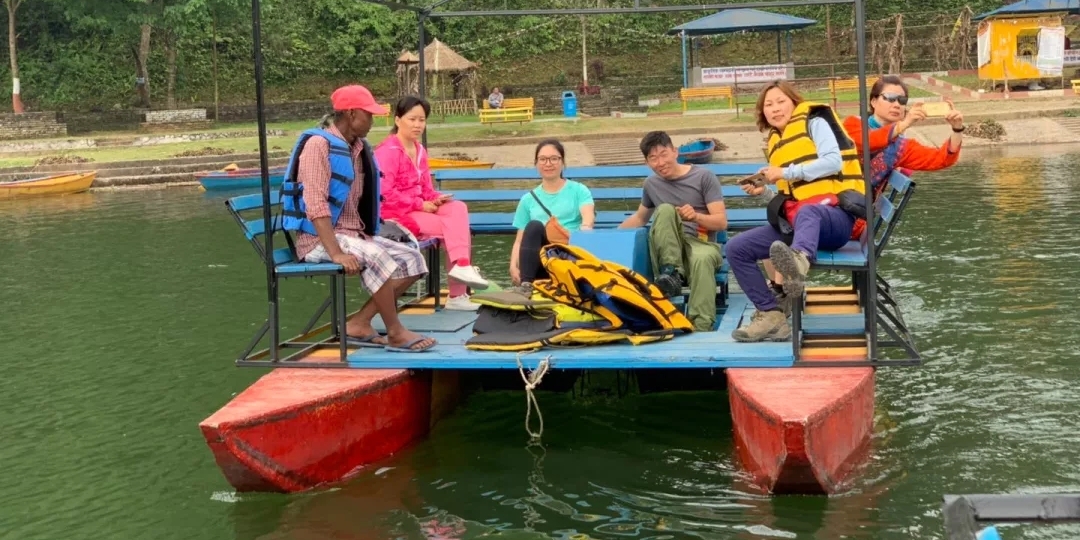