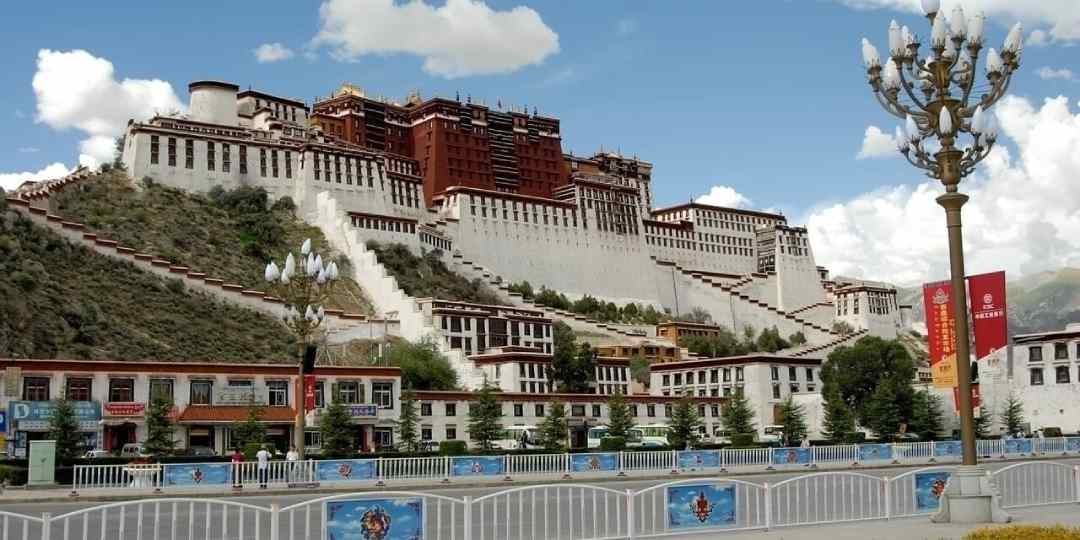 Tibet is one of the largest provinces covering more than 20 % area of China, as well as the autonomous region of mainland China. A vast high country with an average altitude of above 3,000 m, covers 1,228 million sq. km. Tibet is famously known to the rest of the world as the ‘Roof of the World’, placed on the largest and highest plateau of the planet earth.

Where tall world's highest peaks are located southeast of Tibet with  Mt. Everest, Cho-Oyu, and Mt. Shisapangma. Which is the last 14th world's tallest peak along with a massive Himalaya range that straddles the border with Nepal, India, and Bhutan.

The main cities besides the fabled capital city of Tibet Lhasa are Shigatse, Chengdu, and Gyantse, of religious and historical importance. Within Tibet in the early days, there were three provinces, U-Tsang, Amdo, and Kham that still exist at present. Before Tibet, till mid-1950 was ruled by the head of state the Dalai Lama, the present 14thDalai Lama is in exile. Living in North East India, after the country was annexed by mainland China.

Tibet, a huge and dry country of desert landscapes with arid barren terrain hills, and valleys, with little wild vegetation. As tree lines fade at the height of 3,000 m high with few rich green farm fields around rural villages. For a large country Tibet with a low population of about 3.18 million as per 2014 static, due to its harsh and high terrain.

It is also due to religious purposes where one son of the family has to live in a monastery as a monk. Become a high priest in near future, the other reason is the tradition of polygamy practice. When brothers of the same family marry one woman/girl as a wife, this leads to less population as well.

Tibet, with long ancient history where kings and queens used to rule the country. With many kings and royals in Tibet, since King Songtsen Gampo came to power, Tibetan history took a new fold. Songtsen Gampo was crowned in 629 A.D. His regime began to expand the empire and threatened China's western border during the 3rd decade around the 7th Century.

In a peace treaty in 641, Emperor Taizong of the Tang Dynasty gave one of his daughters, Princess Wencheng, and married a second wife Bhirkuti Princess of Nepal to maintain good relations with both neighboring countries.

He, was the one to introduce Buddhism in Tibet before the Tibetans worshipped a religion called Bon, which still exists in South West Tibet, and around the border areas of Mustang, Dolpo in Nepal.

After the Mongol invasion in the 13th Century or 1237 A.D. The Mongol lord and emperor appointed a high Buddhist priest, as the head of state and a ruler of vast Tibet. Since the time of the 5th Dalai Lama took care of the country’s welfare, especially around Kyuchi valley around Lhasa to the north of Tibet. Well, the south of

The Mongols, governed only for a few decades, when all power was handed to the Dalai Lama and Panchen Lama. Until Tibet became part of China, the history of past glories still exists with many fortresses known as Dzong. Including palaces, monasteries, and ancient monuments of great religious and cultural interest.

Since the time of King Songsten Gampo, Buddhism took a stronghold, as the priest was sent to India to learn Sanskrit. Including great knowledge of Buddhism, as the religion flourished throughout the country, during the time King Dritsen invited the great Guru Padmasambhava. A great tantric Buddhist saint from India, also known as “Guru Rinpoche’ started the Nyinpa (Red Hat) sect of Buddhism.

Later Tsho Kapa established Gelugpa (Yellow Hat) sects in the 11th Century and followed by Kyigapa with Sakyapa sects. Different sects of Buddhism, but remains Tibetan Buddhism religion of worship for all Tibetans with the main figure being Sakyamuni Buddha. Where people from different parts of Tibet follow their sects and celebrate various colorful religious events and festivals.

The main cultural and religious festivals are the birth anniversary of Lord Buddha, known as Saga Dawa. Takes place during the end of April or the first week of May, when all Tibetans visit temples, shrines, and monasteries for worship. The other major festival besides other many religious occasions is Losar, which celebrates the Tibetan new year, as per the Tibetan Buddhist Lunar calendar.

The calendar is a cycle of animals and birds with a year of Hare, Dragon, Snake, Horse, Sheep, Ape, Bird, Dog, Pig, Mouse, Bull, and Tiger. Where’s, 2020 happens to be the year of a Rat or Mouse and Ox from February 2021 onward.

Places of interest travel within Tibet:

Various options to choose from where you start from your respective destinations on arrival in Tibet. Tour of the fabled city of Lhasa visits its important sites with old monasteries Drepung, Shera, and Jokhang Temple with Potala Palace and Norbulingka garden palace.

Tour of Shigatse second city of Tibet around the Tashilumpo Monastery complex. At Gyantse city tour of Gyantse Dzong (fort) Pelkor Chode Monastery and Kumbum Stupa- a special landmark of Gyantse. A drive to Rongbuk Monastery and Everest North base camp.

An interesting journey to holy Mt. Kailash and Lake Manasarover, around Tibet South West, and to Guge ruins of the old kingdom near Toling town. Driving grand scenery of the Tibetan Landscape and observing traditional rural farm life.

The best time is from March to November including the monsoon wet season of June to August, as Tibet gets few spots of rain which is why the country is dry and arid with many sunny afternoons. The monsoon rain clouds are blocked by the Himalayan Mountain range.

Tibet can be reached from all parts of mainland China by air, overland, or by taking the train from Beijing China. From Nepal, drive from Kathmandu to reach the border town of Kyirong and then towards Lhasa, or one can fly to Lhasa from Kathmandu on an hour flight.