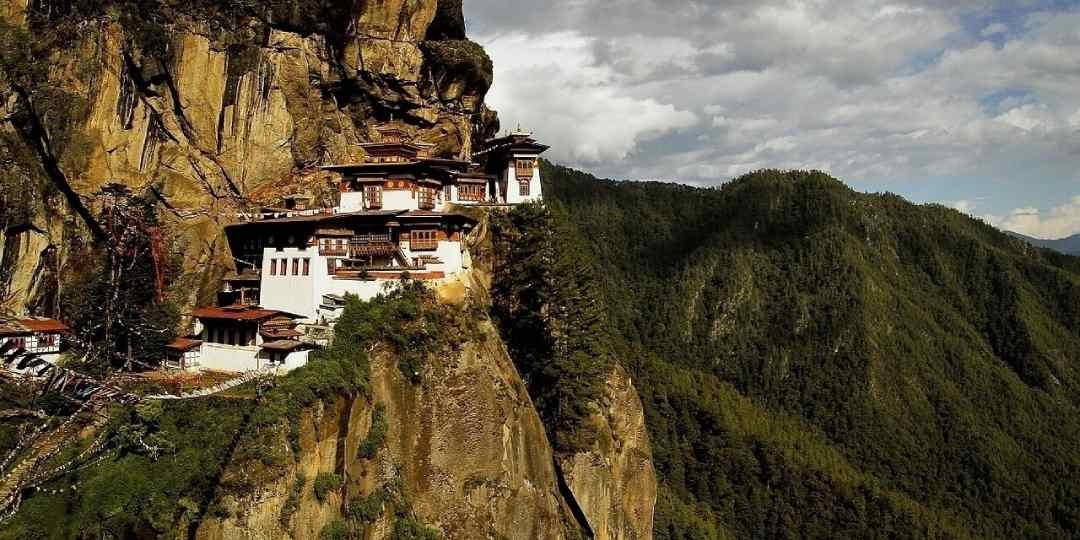 Bhutan, the only kingdom around the great Himalayas Mountain range, as well as a Buddhist country, is located in South East Asia. With a close border with Tibet / China in the north and India in the West, East, and South. Which is also near Bangladesh due south, the nearest seaport for landlocked Bhutan.

Bhutan, also known as Thundering or Peaceful Dragon with similar Buddhist religion and culture to its early predecessor of Tibet. A slight variation over the years since Bhutan became an independent kingdom, way back in 1634 AD. Under the religious leadership of ZhabdrungNgawang Namgyal.

The land of Thundering Dragon covers an area of 38,394 sq. km, the country is famous for magnificent arts and crafts. Includes huge monasteries and fortresses called Dzong, a great country for its small territory wise with unique biodiversity. From low land of sub-tropic climate to cooler alpine hills with an arctic zone of ice and glaciers in the north.

A country, of wonderful combination with its fascinating culture and scenic landscapes, with high old forts, palaces, and monasteries. Where all traditional life is linked with the ancient heritage of Buddhism religion, Bhutan is also known as the land of festivals.

Bhutan offers a wide range of scenic destinations to explore the hidden treasure of ancient culture, religion, and architecture. Includes impressive traditional farm life as it was for centuries, the country's past is still present.

The Bhutanese still worship the ancient holy spirits of tantric Buddhism as a way of life with its warm hospitality. In the close harmony of scenic and picturesque landscapes of high mountains, calm lakes, and verdant valleys surrounded by enchanting forest. Bhutan is also an ideal country for short or long tours, hikes, and trekking for a few days or more to two weeks.

The highest peak is Mt. Gangkhar Purnsum as well world unclimbed mountain, with a height of 7, 570 m and 24, 836 feet high. Located north of Bhutan close to Tibet / China border, all mountains are regarded as the holy abode of God and Goddess.

Places of interest around Bhutan:

The Himalayan Kingdom of Bhutan offers a wide range of exciting places to explore from the capital city of Thimphu. Where one can enjoy a tour of its famous historical and cultural places of great interest. National Library, an ancient collection of Buddhist manuscripts, Folk and Heritage Museum, displays the day-to-day livelihoods of typical Bhutanese farmers from the early days to the present.

Punakha is rural countryside with farm villages and towns situated on a lower valley of sub-tropical temperatures. Where drive takes you over the scenic Dochu-La pass at 3, 200 m high, which offers a panorama of the high eastern Himalayan range of Bhutan, with interesting 108 stupas.

A drive takes you to Punakha which houses the temple of Chimi Lakhang, and Punakha Dzong (fortress) which houses the most elaborated temple in the country. A great fine example of Bhutanese rich Art and Architecture.

Bumthang Central Bhutan, at a height of 2, 600 m and 8, 580 feet high, is a beautiful valley. Where one can explore and catch glimpse of Bhutanese traditional life and visit Jakar Dzong, Tamzing Monastery. With scenic Ura valley and OgyenChholing Palace, as well tour of a traditional handloom workshop. Bumthang is famous for Pakar Festival held once a year, in honor of Mother Nature for a good harvest.

The other interest is to travel to Phobjika Valley and the town of Gangtey, where one can enjoy interacting with local villagers and visiting their homes, where the living style remains the same for hundred years. This area is famous for the wintering ground of Bhutan’s legendary Black Neck Cranes. Most tour and visit to Bhutan starts from Paro town sometimes taken as a city, where Bhutan International Airport is located.

A nice town/city of scenic countryside, with the country’s famous landmark the Taktsang Monastery, also called Tigers Nest or Lair. A good hike of a few hour climb to reach Taktshang Monastery, perched on a cliff edge. The monastery was rebuilt after a huge fire damaged the main structure in April 1998. Reconstructed and completed in 2,000 AD. Around Paro visit its famous Dzong (Fortress) and then towards your onward journey.

Bhutan is famous for its colorful culture and custom rooted in Buddhism heritage, as well as its national costume. For men to dress it’s Kho, and for women, Kira and the Bhutanese people must dress in national outfits.Bhutan with more than 90 % Buddhism, with other Hindu and various minority religions and tribal cults.

The local language is called Dzongkha, of Tibetan origin, traditional life of Bhutanese is mostly based on farming and livestock. Bhutan is also known as the land of festivals, the major events are the Thimphu Tshechu festival, JambayLhakhangDrup, PunakhaTshechu, and Drubchen, with Paro Tshechu, as well as Jomolhari Mountain Festival.

All festivals are held as per the Buddhist Lunar calendar on an auspicious day, celebrating victory over evils. Where monk dances clad in colorful dress and mask to wade against devils, as well for a good harvest, and healthy living for all beings.

Where and How to reach Bhutan:

Various ways to reach the Himalayan Kingdom of Bhutan, either overland from the main cities of India, as well as from Nepal. As well as taking a swift short flight to Paro in Bhutan from various country and cities airports.

Flying in is the best option from the Indian cities of Delhi, Kolkatta, Bhagdugra, and Kathmandu-Nepal or from Bangkok. The official air carrier of Bhutan is Druk and Bhutan Airlines lands at Paro, Bhutan International Airport.

Strict entry to Bhutan, where interested travelers must book with local travel and tour companies or related agencies and GSA overseas. The local agents should be registered and authorized by the Bhutan Government Tourism Department.

On booking with your agent in Nepal or in your respective countries which has to be GSA (General Sales Agents) of the Bhutanese reputed company. When a visa will be granted then you can get air tickets for the flight to Bhutan.

The actual visa will be stamped on your passport on arrival at Paro airport, or other major immigration and border check-post, if traveling by surface.