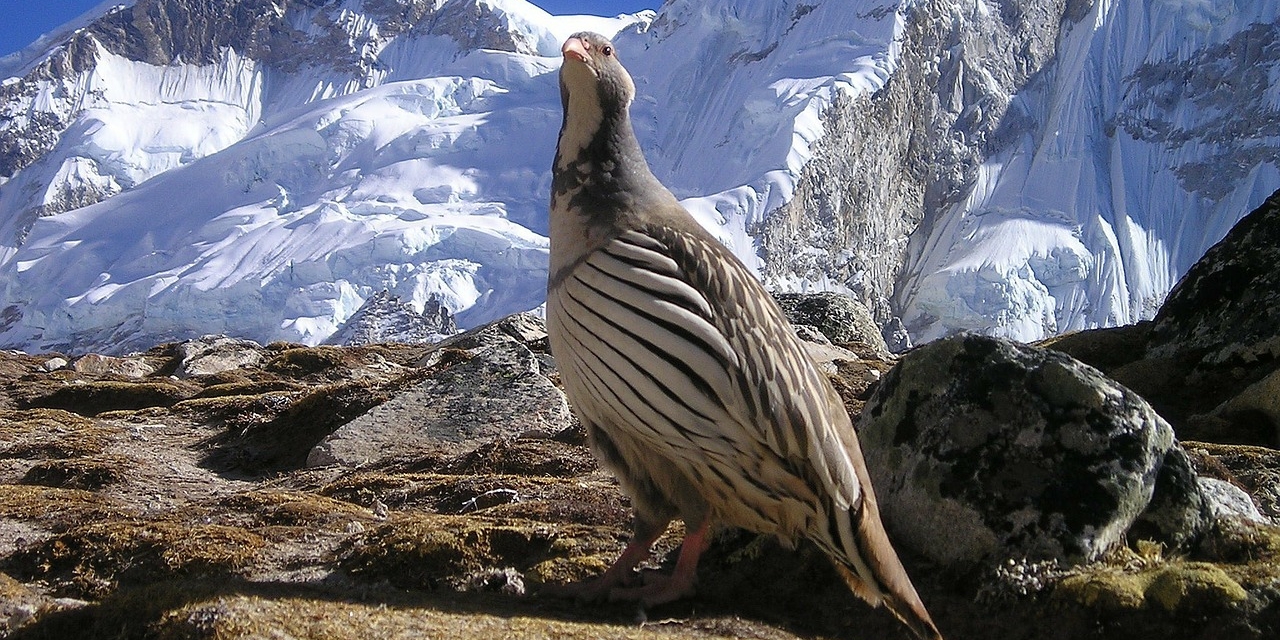 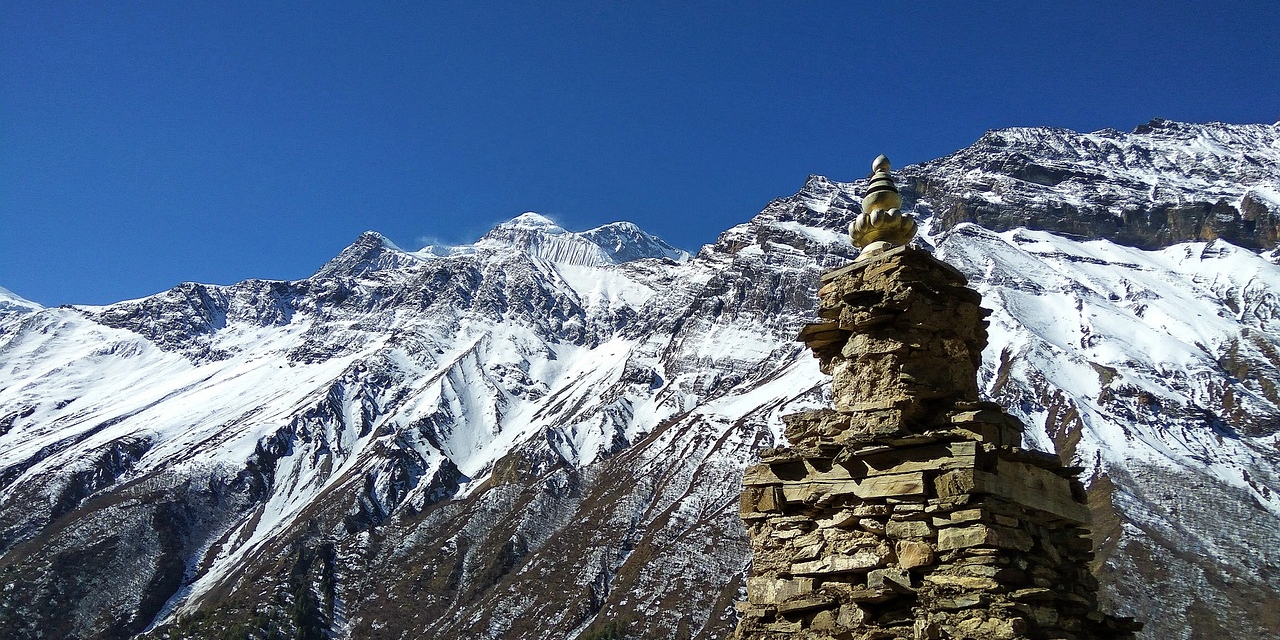 Makalu Base Camp Trek, adventure around beautiful Arun and Barun valleys, to the foot of world 5th highest peaks. Mt. Makalu is located in Nepal Far East in between Everest to the west with Mt. Kanchenjunga toward the northeast. An exciting walk with dramatic changes from low sub-tropical to cooler alpine hills, to end at cold arctic zone. Filled with ice and glaciers at Makalu base camp at 5,250 m or 17, 7 24 feet high.
Located at the end of eastern Barun valley, renowned for rare species of herbs and plants. The Makalu region designated as Makalu-Barun National Park and Conservation covers an area of 2, 330 km. Situated within the Sankhuwa Sabha district that extends close to Sagarmatha National Park of Khumbu and Everest region. Mt. Makalu at 8, 463 m and 27, 766 feet, the first ascent on May 15th, 1955 by French Expedition. Since then the mountain is climbed quite frequently, although gets fewer trekkers than other popular regions of Nepal Himalaya.
Makalu Base Camp Trek is a perfect adventure for trekkers who enjoys being in less frequented areas around Himalayan destination. This region is considered off the beaten tracks, due to its remote and isolated location. Our 22 days for Makalu base camp trek, begins from Kathmandu the capital of Nepal, steeped with ancient monuments. The old landmarks are listed in world heritage sites, where one can enjoy the tour before departing for the trek. From Kathmandu, a sweeping short flight takes you to eastern Nepal at Tumlingtar, a moderate size town with an airport. On landing transfer for an exciting drive on local four-wheelers to reach mid-hill at Num village to start the trek.
After getting organized with final preparation, the adventure begins heading down to Arun River and then climbing to Seduwa village. From here on pleasant walk into a small patch of forest to Tashi Gaon, the last village on route Makalu base camp. The village is populated by Sherpa, the famous mountain tribes of Eastern Himalaya interwoven to Buddhism religion, and interesting culture. Trek from here enters into a dense forest of pines and rhododendron trees with some bamboo stalks. A steep climb reaches you at high Khoma Danda, a scenic ridge where you can enjoy views of Mt. Makalu. Includes Baruntse and Chamlang Himal with
Mt. Kanchenjunga towards the far-east direction, the walk continues contouring a ridgeline. Heading past Thulo and Sano Pokhari glacial ponds, then traversing over Shipton and Tutu-La to reach Barun valley. The beautiful Barun valley is well hidden by an array of snow peaks and great rocky walls of high cliffs. The walk continues on a pleasant scenic path with gradual up to Makalu base camp, within remorseless fields of ice and glaciers. At Makalu base camp, explore around undisturbed and least ventured hidden corners of Makalu, further, north-west leads to Sherpani Col.
Which is a high route to Hongu valley that leads towards the Everest region through Imjatse Valley. Makalu base camp offers rare views of Mt. Everest famously known as Khangsung East Face of Everest. After enjoyable and exciting moments at Makalu base camp, return journey towards Barun valley and over Khoma-La pass. After Khoma-La on an easy gentle path back to Num, where drives on the hilly rough road take you to Tumlingtar. Where our fabulous adventurous walks complete for a scenic flight to Kathmandu, after a remarkable adventure on Makalu base camp trek.
Best time for Makalu Base Camp Trek:
Makalu base camp trek best from March to May, during spring season where days are much longer with sun-light hours. Much warmer than any other time of the year, wildflowers will be in seasonal bloom with rhododendron of various species from tall trees to a bush. Late afternoon, nights, and morning can be colder above 2,000 m high. Can expect light rains and snow sometimes around higher areas.
Next, the best season is autumn from September to November, a clear and sunny day for pleasant walks and excellent views, but days are short with sun-light hours. Expect snow sometimes during the trek from Kongma Danda onwards to Makalu base camp.
Acclimatization:
Makalu Base Camp Trek itinerary is planned with a high degree of awareness of AMS (Acute Mountain Sickness). Going up at higher altitudes too fast causes a medical condition serious enough to result in death. The higher the altitude, the less oxygen will be in the air. For example, at an altitude above 5000m, there is 50% less oxygen than at sea level. Therefore, our body needs many days to adapt to an environment with less oxygen. During this trip, a separate day is set aside for acclimatization.

1
After your arrival in Kathmandu Valley, a representative will attend to you and drop you at the hotel. Our representatives will help you check in and introduce you to the dos and don'ts around the place. You can rest for the day and will be served authentic Nepali cuisine as the first introduction to Nepalese culture.

2
After your breakfast, you will go on a short tour around the valley visiting the most historical and spiritual attractions. Some of these heritages are enlisted in World Heritage Sites by UNESCO. Pashupatinath is one of the largest temples for Lord Shiva which attracts domestic and foreign tourists from South Asia. The Swayambhunath is popular as Monkey Temple among fellow tourists and provides a wonderful view of the valley. Bouddhanath is one of the largest stupas and depicts Tibetian culture. You can immerse yourself in the religious activities happening here. Past afternoon, you will have a pre-trip discussion with the trek leader and your fellow acquaintances.

3
Taking an early start, you will fly over the high hills reaching Tumlingtar in 50 minutes. You will drive to Chichara from Tumlingtar and after 3 to 4 hours you will reach a small Gurung settlement and stay overnight prepping for the trek starting tomorrow.

4
You will head towards Num after your breakfast. The trek is moderately paced walking you through the picturesque villages, and lush forests. Num is a ridgeline with stunning views on either side and is perched on the end.

5
After a warm breakfast, you will descend through the steep forest and terraced farms reaching the Barun river. Cross the river and ascend to the other side. The trek is moderately hot but the forests will offer soothing shade. You will register your permit as you enter the Makalu National Park starting here. You will set out camps after reaching the top.

6
You will ascend the ridge bounded by the Ipsuwa Khola to the west and Kasuwa Khola to the east. You will trek through the quiet villages and paddy fields reaching Tashi Gaon. The village offers an enticing Himalayan panorama.

7
Today you will ascend higher through the forests, streams, and onto a ridge. Trekking into even higher altitude, the forests blend into grazing lands, and following rough stone stairs and small lakes, you ascend to the top of the ridge. A short walk reaches Khongma danda for an overnight stay there.

8
Today, you will allow your body to get acquainted with the climate and high altitude. You can relax and explore the place and go for a short hike around the area.

10
You will pass through the rhododendron forest reaching the Barun River, and the upper valley. The trek is difficult and tiring due to the steep trail. After a few hours, the trek gets comfortable and slowly gains altitude. You will reach Yangri Kharkha which is situated at the base of the valley.

11
A moderate walk to the valley passes through pasture lands, dense forests, and boulder fields. You will pass Merek on your way to the top, gaining scenic Himalayan views. You will also prepare for your ascent to the summit tomorrow.

12
From Langmale Kharkha, you will make your way up to the Shershong and to the Makalu Base Camp. The trail is flat, but with icy glaciers and snow-clad mountains. Mt. Makalu appears closer as you approach Shershong. You will get soaked into the majestic Himalayan panorama and enjoy the amazing landscapes as you make your way to the camp.

13
The Base Camp is a barren place with a large Barun Glacier beyond it. You can enjoy the magnificent south face of Mount Makalu and the wide panorama of Everest and Lhotse. You have enough time to marvel at the surrounding lakes, glaciers, and short hikes from the camp. You can celebrate your great fleet at the camp itself.

14
From the camp, you bid farewell to the mighty mountains and head back. You will descend through the Shershong, Langmale Kharka, and Merek finally stopping at Yangri Kharkha for an overnight stay.

15
You will descend further through the rock falls, green forests, and valley towards Debate. Following the river banks of Barun river, you reach Debate. Overnight stay at Dobate.

16
The trek begins with a steep climb to Mumbuk through the forest of firs and rhododendrons. Cross the Keke La, Tutu La, and Kauma La enjoying the wonderful scenery. Finally, descend to Khongma danda for an overnight stay.

17
The steep descending trail passes through the hillsides. As you descend further, you reach the thick forests and into the indigenous Sherpa village of Tashi Gaon.

18
You will exit the Makalu Barun National Park and descend down to the Barun River. Cross the hillsides, and several villages and settlements descending further into Seduwa for overnight stay.

19
Bidding farewell to Seduwa, you trek through the dense forests and Sherpa villages descending further into Num. Overnight stay at Num.

20
You will return to Chichiri from Num, savoring the glorious vistas of Mount Makalu. Trekking further reaches Tumlingtar for an overnight stay. You will relax and prepare for your return to the Kathmandu Valley.

21
You will fly back to Kathmandu after the wonderful, strenuous, and long trek. The short flight is scheduled early giving you plenty of time to rest, organize your photos, shop for souvenirs, and exchange contacts. You will receive a farewell dinner from our team and a celebration of accomplishment.

22
The wonderfully long and amazing trek ends today. Today, our representatives will drop you back at the airport before your scheduled flight. As you onboard your flight and depart to the clouds, the memories of the trek will keep you awake, willing to come back to Nepal for yet another wonderful memory to create.

Indeed Makalu base camp gets fewer visitors, than other mainstream and popular trekking region of Nepal Himalaya. Due to its remoteness and isolation from the rest of the world, far from villages after Tashi-Gaon. Where trekkers will lack good facilities of accommodation and food on the way to Makalu base camp. From Tashi-Gaon within the sheer wilderness, the trek is best with camping facilities, where lodges are very simple and basic. These are the few reasons that the trek Makalu gets fewer trekkers than other areas of Nepal.

Minimum age of 16 and onwards, and not older than 65 years, should be in good physical shape and in sound health to cope with high hills and altitude.

From the last village of Tashi-Gaon, there will be no electricity to charge your gadgets, where one needs to carry a portable solar panel that can fit outside your day pack, while you trek the sunlight can power your solar panel to use at the end of the day.

Depending upon the seriousness of the illness, if it’s a critical situation the client needs immediate evacuation for medical help, by any means of fast transportation. The fastest way in Nepal Himalaya and on Makalu Base Camp Trek is using a Helicopter Service. Our guide will inform the head office to arrange a Helicopter to evacuate the sick person. From the nearest spot where a helicopter can land and then fly to Kathmandu and admit to the best hospitals for further treatment. 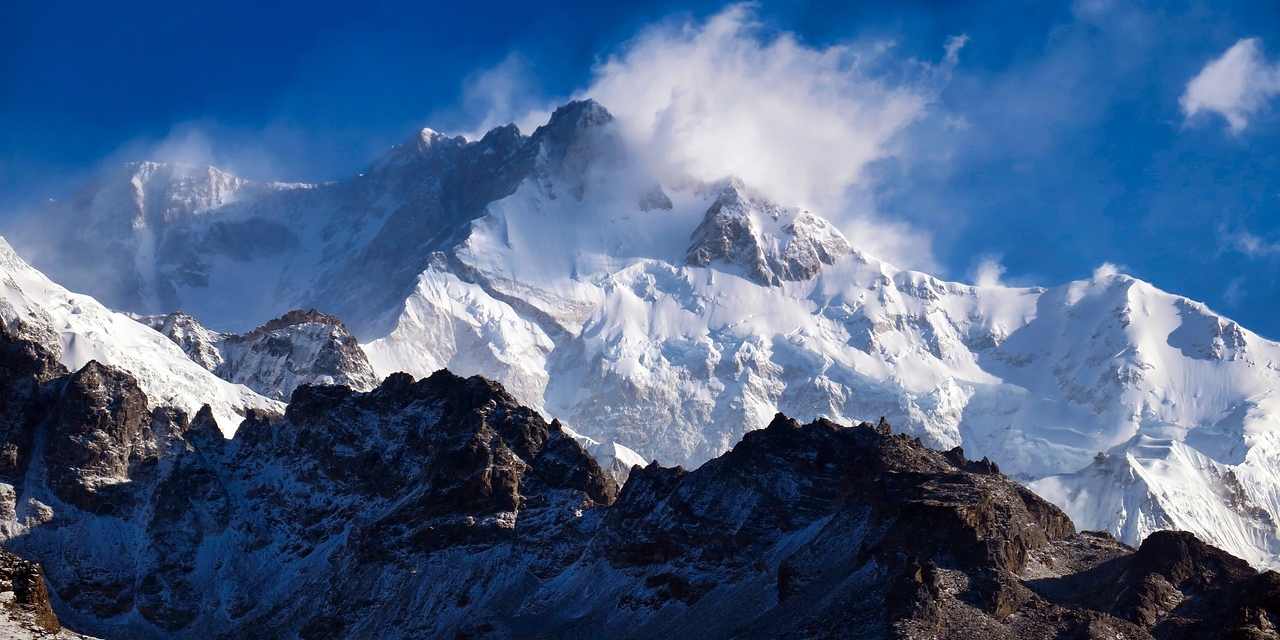 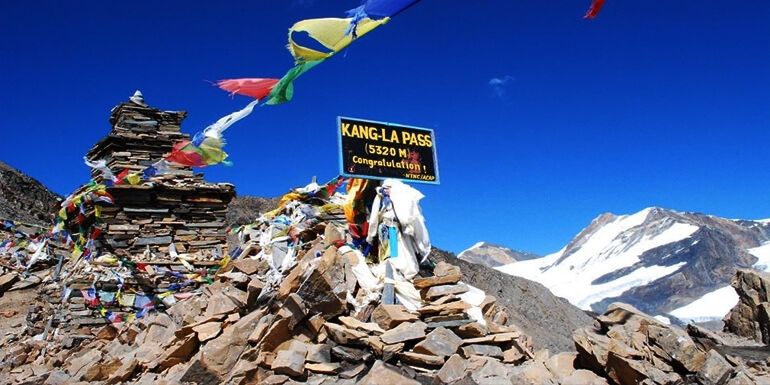 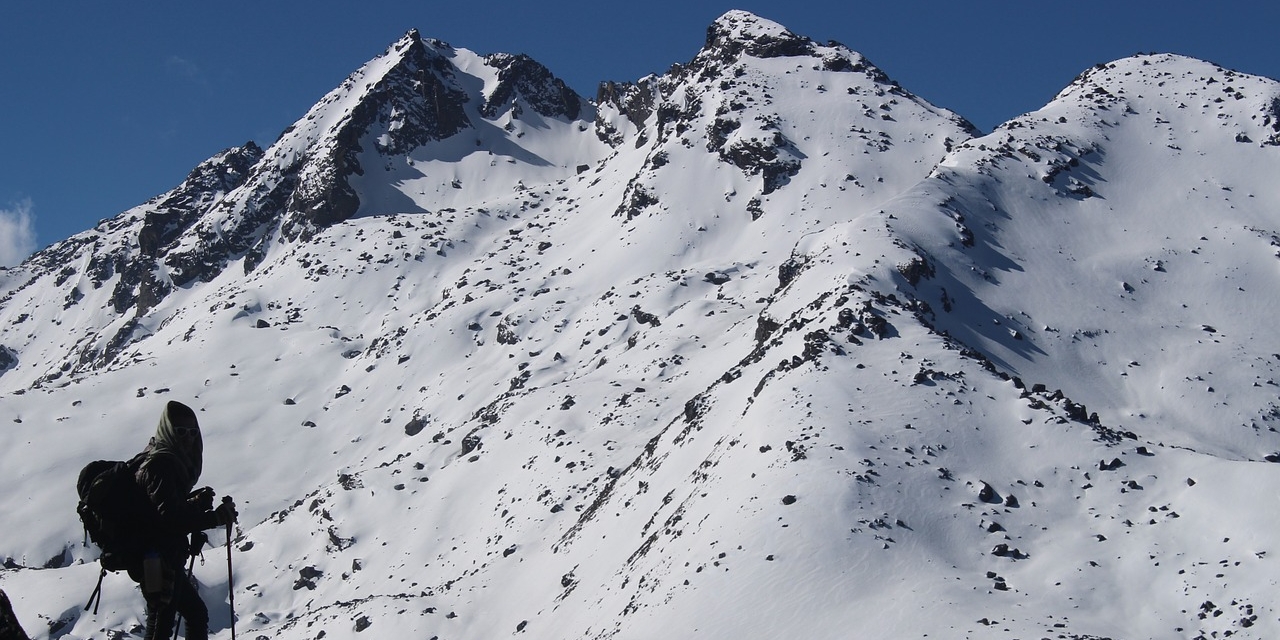 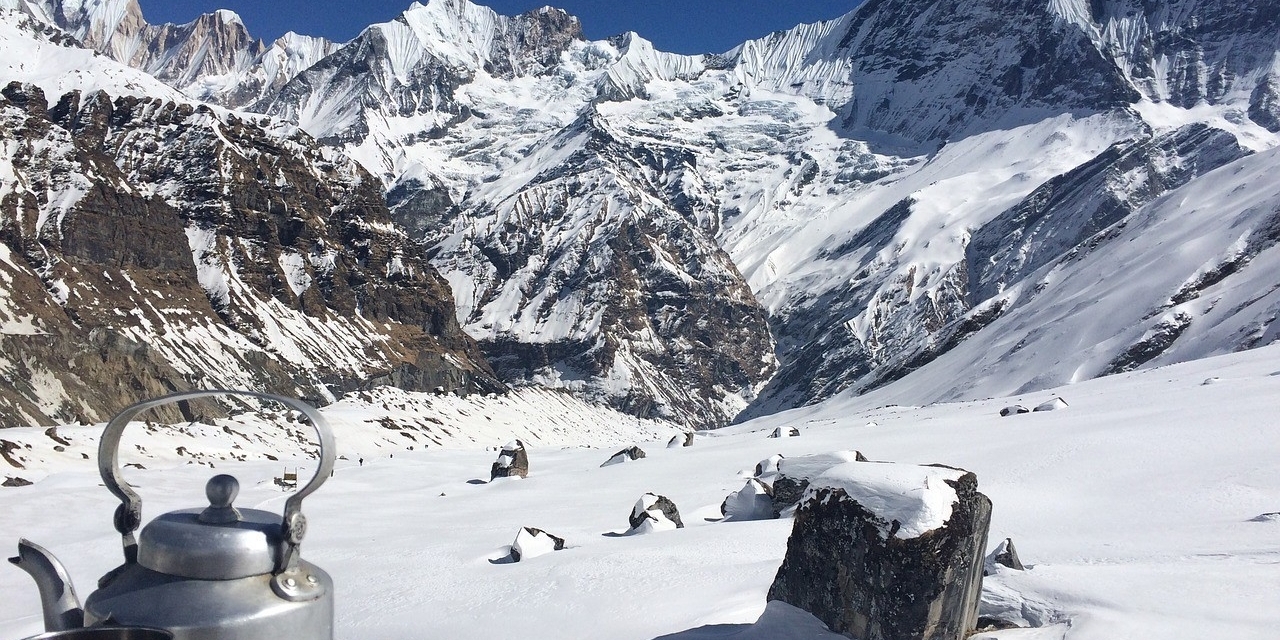 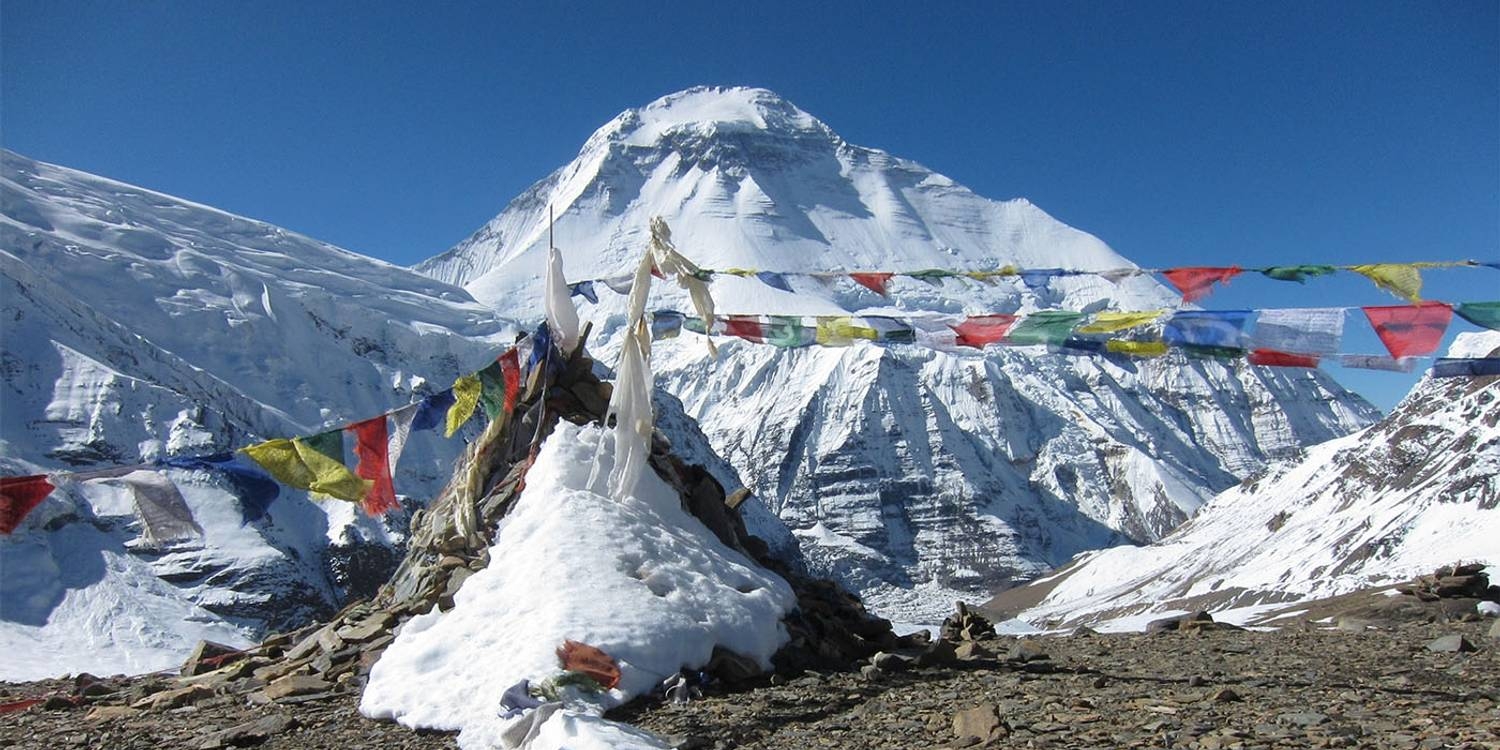