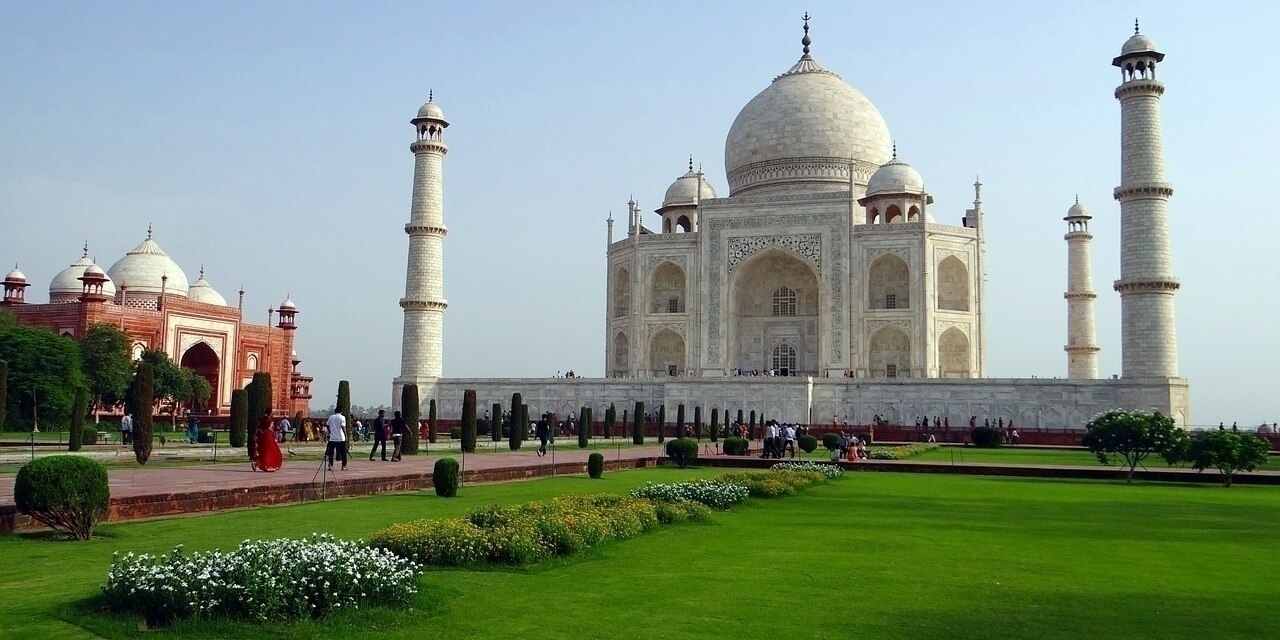 India, one of the vast countries in Asia, borders many countries Nepal, Pakistan, Tibet / China, Bangladesh, and Myanmar. As well as Sri Lanka and the Maldives down south within the Arabian Sea and the Indian Ocean. Includes the Indian colony the Andaman and Nicobar Island, a country of great fascination and a melting pot of various religions and cultures.

No wonder, it is called ‘Incredible India’, covering the sea, and sandy desert to snow lines of the greater Himalayas. India with an area of 3.287 million sq. km stands as the world's 7th largest country, as well the biggest democratic nation.

A population of 1.366 billion is a 2019 statistic with large major cities in every state, of the country. To name a few Delhi, Lucknow, Patna, Kolkata, Mumbai, Bangalore, Hyderabad, and Chennai.

A great country with a strong economy, as it contributes and exports much of its products to all of Asia, Europe, and North and South America including African countries. At one time a British colony celebrated its independence in 1947 since then remains a republic country to the present.

A fascinating country to explore from the lovely sandy beaches of Goa and Kerala to the barren Thar desert of Rajasthan. Extends towards cooler beautiful hill satiations at Simla and Darjeeling, known as the queen of hills. As well as much further higher North West and the Far East where the great Himalayan Mountains are located.

India is a mosaic of various cultures mainly dominated by Hindus of nearly 80 % with 14 % Islamic. 2. 30 % Christianity with Sikhism 1.72 % and with few percentages of Jain and Buddhism around the high Himalayan region.

The country with 7 large Union Territories and 29 states which makes the country culturally rich with various ethnic tribes in each Indian state. Along with the different culture of ancient heritage, the languages varies from one state to another.

The main official or mother language is Hindi, widely spoken around the North and Eastern parts of India along with their tribal tongue. Hindu religion as a majority, with many festivals, is celebrated around the country, along with some Muslim auspicious religious events. Most places around Northern to Eastern India are within high hills and mountains, where Hindu pilgrimage sites are located of great religious importance.

In the Hindu religion, the main superpower Gods are Brahma, Shiva, and Vishnu with many names for the same god. In Hindu worship of the Goddess is also an important part of religion and culture. A country full of charm and delights to observe many various colorful festivals and events related to respective religions.

India is famous for world wonders like the beautiful TajMahal, which was built around 1631 to 1648 A.D. By the order of Shah Jahan the Mughal emperor in memory of his beloved wife and queen Mumtaz.

A world heritage site located in the city of Agra, a few hours’ drive from the capital New Delhi. Around the capital of Delhi, one can explore ancient monuments and places of great historical interest.

The Red Fort and Qutab Minor a high minaret built during the reign of the Mughal Empire. Further West is situated in the lovely Pink City of Jaipur in Rajasthan, a beautiful country with the great Thar Desert, Rajasthan. Famous for its ancient and historical monuments of old palaces, and royal courtyard, where one can ride and enjoy a camel safari.

Towards scenic desert landscapes with views of a glorious sunset, and visiting ancient forts and palaces, where some made into luxury hotels. Head down south to lovely Goa with lovely beaches, the province of Goa was once a Portuguese colony. A place of beautiful beaches and a nice town to explore, extend the tour further down south to Kerala and Chennai.

A city with interesting temples and colorful culture to observe along with delicious south Indian cuisine to enjoy. Last, but not least, an exciting journey to the queen of the hills at Darjeeling famous for the three T’s. And is Tea, Timber, and Tourism world-famous for tea and its huge tea garden. Enjoy close views of the world's 3rd highest Mt. Kanchenjunga and its massive peaks, and a tour of the exciting Zoological Park.

A place where one can witness the rare endangered Snow-Leopard, and elusive Red Panda with other exotic animals and birdlife. Close to Zoological Park, visit the first and only Mountaineering Institute in Asia named in tribute to the late Tenzing Norgay Sherpa.

The first human to conquer on top of Mt. Everest with Edmund Hillary on May 29th, 1953 from Nepal. Tenzing a Nepalese Sherpa, later migrated to Darjeeling in India. Close to Darjeeling visit a small North-East Indian state in Sikkim, once the Buddhist Kingdom.

Later, annexed as part of India in 1976 a lovely town and villages with beautiful countryside with the closest views of Mt. Kanchenjunga. India, due to its large size extends beyond main cities and towns to the hidden Himalayan region of Ladakh.

Situated, close to Pakistan and Tibet / China, the best place for leisure tours is to observe its great culture of strong Buddhism heritage. Where one can enjoy moderate to adventurous trekking around its scenic valley and high snow mountain range.

Best Seasons to visit India and from various entry ports:

To reach India, the first and most popular destination is Delhi the capital with a large International Airport. Another entry main entry is from the sea and by air in Mumbai, a large and commercial hub city with Chennai and Kolkata.

As well if traveling from Bhutan and Nepal one can enter after a drive to the respective border immigration check-post. At Pani-Tenki, West Bengal, India, and then take a train, flight, or bus to reach other cities of India.

Travel to India, in all months of the year depending upon your chosen destinations, however, the best time is from March to May. Including September to early December months for Northern parts of India, if you wish to visit Southern India.

For example, Goa, Bangalore, Kerala, or Chennai cities can be visited in the mid of wintertime also. These areas of tropical nature with warm climates most of the year-round.