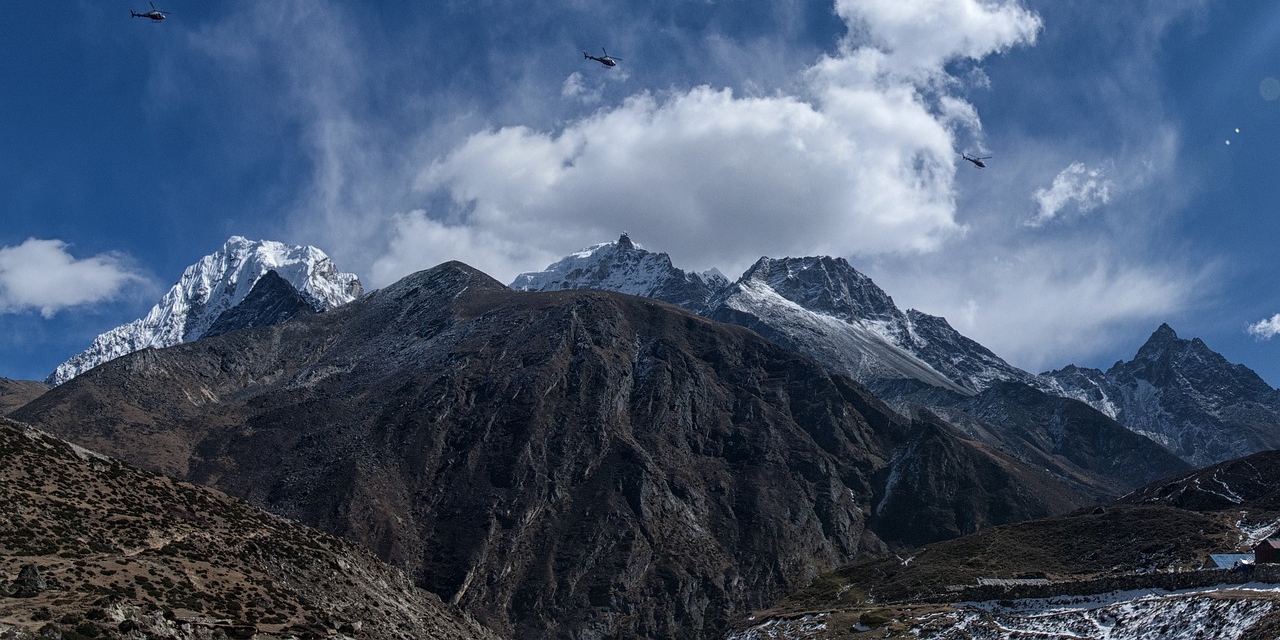 Level
MODERATE
Transportation
Private vehicle and Helicopter
Best Season
Throughout the year
Accomodation
If, you Request
Meals
If, you Request
Starts at
Pokhara
Ends at
pokhara
Trip Route
(Kathmandu)-Pokhara-Annapurna Base Camp-Pokhara

Types of Helicopter Model operates in Nepal for a commercial flight to Annapurna Base Camp Helicopter Tour and other Himalayan destinations: AS 350 B series helicopters of Euro-Copter, France popular all over the world and Ecureuil model or similar model and types of the chopper. Built for high altitude and mountainous landscapes, suitable for Himalayan countries.
Annapurna Base Camp Helicopter Tour starts and completes in Pokhara, located on a scenic valley, surrounded by rolling green hills. As well placed on the laps of massive Annapurna Himalaya with towering Machhapuchare Himal, the famous Fish-Tail peak. Pokhara is a city of charm and beauty with serene lakes and close views of the Snowy- Mountains. As well a leading and renowned tourist city never to be missed while visiting Nepal. From beautiful Pokhara starts our adventure by air flying high above under a clear blue sky over hills and valleys.
From Pokhara Helicopter tour heads north to land at Annapurna Base Camp, located in the heart of Annapurna Himalaya. This picturesque area is known as the Sanctuary of gods and mountain spirits, enclosed within an array of snow peaks. Annapurna base camp, situated beneath the towering East Face of Mt. Annapurna-I, stands as the world's tenth highest peak. Towers high at 8,109 m and 26, 545 m feet high, first ascent by French Expedition on June 03rd, 1950. As well the first eight thousand-meter mountain ever climbed even before Mt. Everest was conquered in 1953.
Flying Annapurna Base Camp Helicopter Tour, is a mesmerizing experience and one of the shortest flights around the Himalayas range. Annapurna Base Camp is the only base of all 8,000 m peaks where visitors can find the comfort of a nice lodge. On this flight to Annapurna Base Camp, one can refresh with a nice mountain breakfast and have a hot drink.
The Annapurna Base Camp within the picturesque sanctuary is truly an amazing place surrounded by arrays of a high snow mountain range. It is one of the shortest base camp treks and well a popular adventure destination in the Himalayas range. After an amazing moment at Annapurna Base Camp and within a scenic sanctuary fly back to Pokhara. Time permitting stop in one of the hill villages to catch glimpse of the local culture and interesting farm life. Annapurna Base Camp Helicopter Tour concludes at Pokhara, after a glorious time and experience around the high scenic Annapurna Himalaya.

Nearly all year round when days are fine and clear for views and flights. Except for the monsoon wet months of June to middle September. The best time is in the spring season from March to May, and autumn times from September to November as well as the pre-winter times of December and January.

On a private charter flight, you can fly with your group or individual on your own schedule. It can also be arranged from Kathmandu and Pokhara. If the weather is favorable, you can fly at any time of the day. Annapurna base camp is one of the popular, destinations in Nepal for trekking. see panoramic amazing views, if you don't have a long time on your holiday you will take the opportunity to helicopter charter.

The group participating in the Annapurna helicopter has come into operation from Pokhara. We have group flights at Pokhara Airport. On the same flight, 5 different people share the cost and fly on ABC. To join the helicopter travel group, call us before you plan:
The main attraction of the entire trip is the view of Phewa Lake, Pokhara Valley, and the continuous view of the vast Annapurna, Machhapuchhre, Dhaulagiri, and other mountain ranges.

Helicopter tour prices vary for different options. Private charter flights from Pokhara cost USD 1900 and from Kathmandu USD 3700.
It costs USD 3700 per person to participate in a group helicopter. The cost of joining the group is shared with the total number of people flying.

To join our group and book your place on a private charter flight, contact us by phone or email. You can make an inquiry before your trip.
We need a copy of your passport and flight costs.
It is the dream of many to fly like a bird and find the view of the Himalayan peaks near their eyes. So, take a chance to fly in the Himalayas now - call us on +977 9851191053 or WhatsApp, or Viber).
If we have a group connecting flight available we will offer you the best price and package.
Private helicopter charter flight from Kathmandu to Annapurna base camp
Flight from Kathmandu to Annapurna Base Camp
It takes about 10.30 hours to reach the base camp
Presents views of Langtang, Ganesh Himal, Manaslu, and Annapurna Himalayan region
Landing at base camp for 15 minutes
Maximum 5 persons per flight, cost per flight
Helicopter flight from Pokhara to Annapurna base camp
A total of 1-hour flight from Pokhara
There is an option to join the group
Regular departure from Pokhara
No need to worry about flight costs (pay per person)
Sharing a charter helicopter with other people
Maximum 5 persons per flight

After checking board in a helicopter, soon it takes off to enjoy grand views of Pokhara and the verdant valley. Once high above helicopter diverts straight towards north facing closer views of Annapurna, Lamjung with the Manaslu Himalaya range. Flying over rolling hills covered in a dense forest of rhododendron and pine trees, the route follows above Modi River gorge. Then surprisingly entered a wide scenic plateau at Annapurna Sanctuary to land at Annapurna Base Camp.

Landing at base camp not far from the lodges at the bottom of Mt. Annapurna-I and Annapurna South peak. Enjoy the spectacular scenery of giant snow peaks of the Annapurna mountain range, while having breakfast and a refreshing cup of coffee. After a fabulous moment at Annapurna Base Camp, board the chopper for a return flight back to Pokhara. On landing, at Pokhara airport, our fantastic morning flight to Annapurna Base Camp Helicopter Tour concludes.

Heli Tour to Annapurna base camp starts and lifts off from Pokhara airport, early morning by 6:30 to 7 a.m. for an hour or a little more. Returns back for late breakfast and lunch time.

Yes, Annapurna Base Camp has the safest landing spaces and a helipad at a height of 4,130 m high. Lands right beneath towering Annapurna-I, the world’s tenth highest at 8,091 m high.

Depending upon time permitting as this flight is only for an hour or a little more, sometimes as weather and time permits, may stop at Chomrong or Ghandruk the largest village around southern Annapurna Himalaya. Populated by Gurung hill people the main tribes of Annapurna Himalaya, interwoven to Buddhism religion and culture.

The normal time is about an hour flight as Annapurna Himalaya and the base camp is an aerial distance of 37 k.m. from Pokhara city. Takes a less than a half-hour flight to Annapurna base camp, a total of an hour vice-versa, or a little more staying for a while for a warm cup of coffee or another refreshment.

1 days
from
USD 96
Price starting from 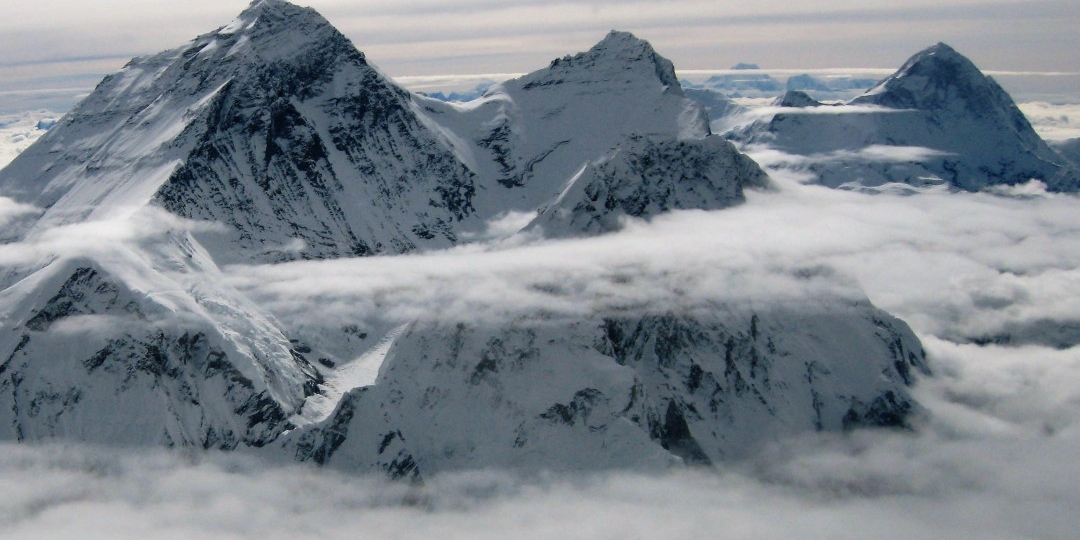 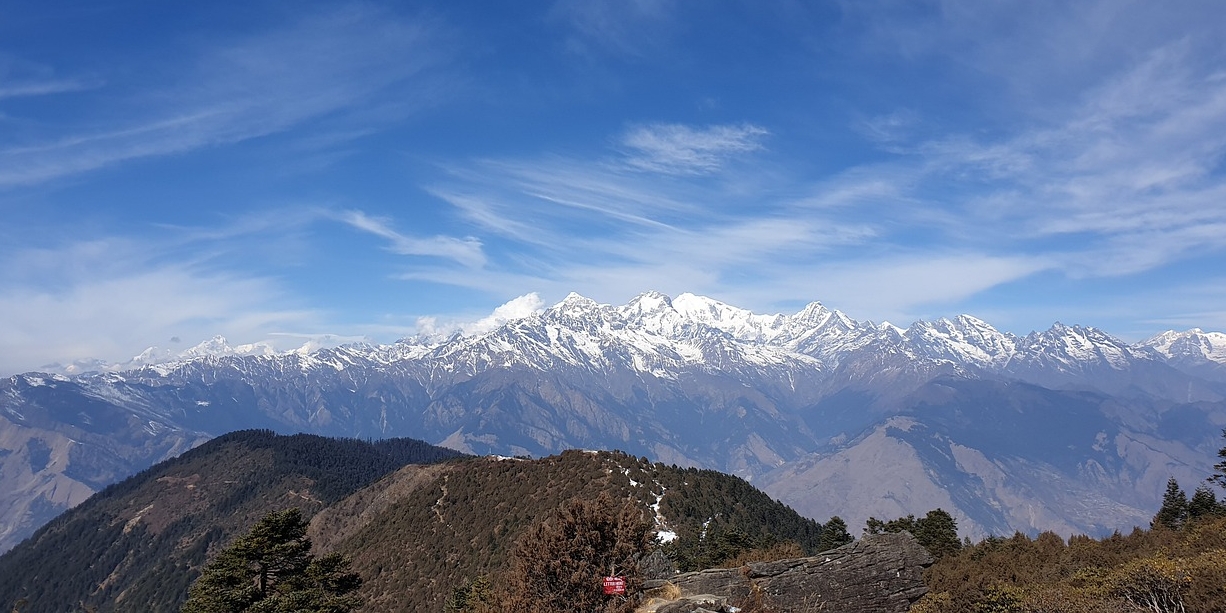 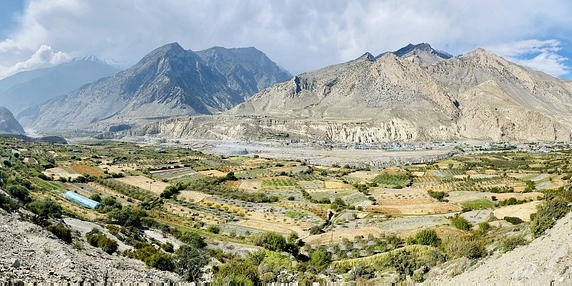 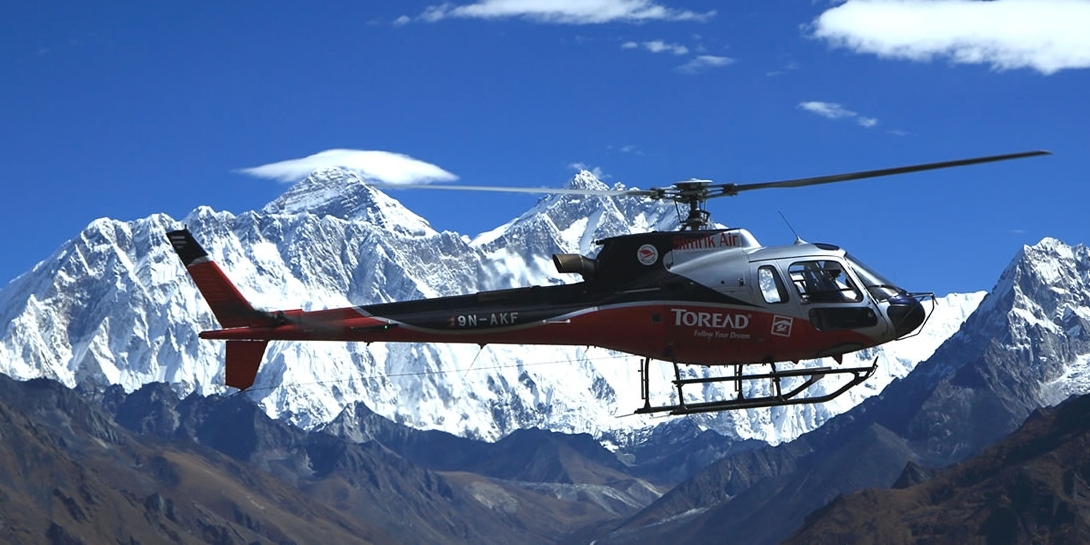