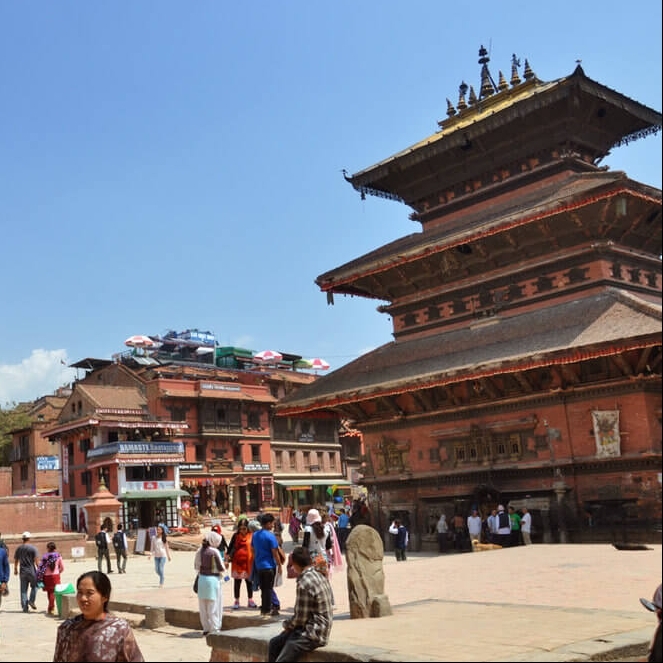 Tour and Travel in Nepal, a great country for various sightseeing where visitors can enjoy a day tour or more. Explore the beautiful ancient temples and monasteries with past historical backgrounds. The most interesting places for sightseeing tour starts in Kathmandu as the city is steeped in old monuments.

That includes famous religious places with old palaces and beautiful royal courtyards, which are listed as UNESCO World Heritage Sites. Kathmandu valley with three main cities, and is equally fascinating and adorned with various exciting sites to enjoy visiting old temples, and monasteries. As well as historical palaces of the past hundreds of centuries when Kathmandu valley had three kingdoms of the Malla regime era.

The tour of Kathmandu's old Durbar Square teemed with local activity and the colorful culture of both Hindu and Buddhist religions. Where one can marvel at the fine masterpieces arts and crafts on ancient buildings and age-old monuments. The other places of great interest are the famous landmark of Kathmandu and Nepal, the Buddhist Stupa of Swambhunath.

The religious dome-shaped of more than 2,500 years old with grand views of Kathmandu city and the valley. Tour and Travel with Kathmandu city, extends to the holy temple of Pashupatinath dedicated to Lord Shiva, a beautiful golden-roofed pagoda. With four cardinal silver doors, an important sacred place for worldwide Hindu followers, situated on the bank of the Bagmati River.

Tour of Bouddhanath a Buddhist area, a huge three-tier Stupa with mystical eyes of Lord Buddha. An impressive place with circular colorful markers and monasteries surrounds the Stupa complex, observing the pilgrims as they chant spinning prayer wheels. Around Kathmandu valley, including adjoining cities of Patan and Bhaktapur with wide places of tourist interest to explore its beautiful sites.

Almost similar to temples, monasteries, and palaces but with a difference in a blend of modern and medial era periods. Other best spots on a sightseeing tour, like Nagarkot and Dhulikhel hill stations town, a short hour's drive, from Kathmandu city.

For stunning sunrise and sunset views over a range of Himalayan peaks in the comfort of nice Mountain Resorts. Pokhara is another beautiful city, blessed with the snow mountains of Annapurna Himalaya and serene lakes, not to be missed while visiting Nepal. Famous and renowned touristic spot, located on a valley with exciting natural wonders to enjoy a tour of Pokhara.

As well a great place for all kinds of adventure sports from trekking to paragliding with other thrilling activities. Tour of the famous historical birth site of Lord Buddha at Lumbini, located Far South West of Nepal a religious hub. For worldwide Buddhist followers as well as for other visitors to explore its ancient impressive holy sites of great ancient wonders.